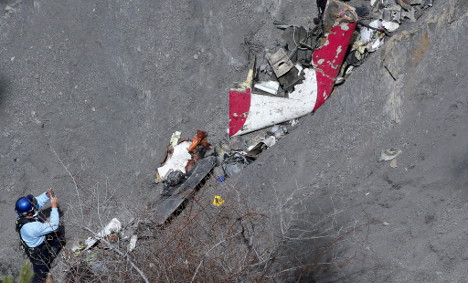 The site of the Germanwings crash in the French Alps. Photo: DPA

Investigators will be accompanied by psychologists as they visit the victims' next of kin and their homes in order to gather evidence, reports the Rheinische Post.

They will enquire into identifiable markings such as tattoos or fillings and will also search in hairbrushes or other relevant places for genetic evidence.

Evidence will be used to identify the body parts currently being recovered from the crash site in the French Alps.

“We are looking for skin and hair particles," said an investigator. "The Federal Criminal Police Office can use these to find genetic codes which can then be sent to their French colleagues for comparison.”

Police spokesperson Andreas Czogalla said that “it is certainly one of the biggest investigative operations we've performed in decades. It is placing extreme demands on my colleagues.”