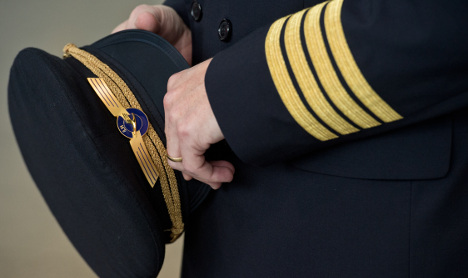 “Yesterday morning at 8.40 I boarded a plane from Hamburg to Cologne with mixed feelings,” wrote Britta Englisch in the Thursday posting on the airline's page.

“But then the captain not only greeted every passenger personally, but also gave a talk before take-off – not out of the cockpit but in full view from the cabin.”

She describes him talking abut his own feeling and those of the whole crew and how they had all been affected by the crash.

“He spoke about how he also had family, and that the crew had families and that he did everything to ensure that he was with them again in the evening.”

As he talked it was “completely quiet” but then the whole plane broke into applause.

“I want to thank the captain, because he understood what everyone was thinking, and that I was able to give me at least a better feeling about the flight.”

The post has received an overwhelmingly positive response, with nearly 300,000 likes and over 15,000 shares.

“Respect. That shows humanity. I've got goosebumps,” one person commented.

Another said “I had the same pilot flying to Hamburg later. I cried. It really touched me.”