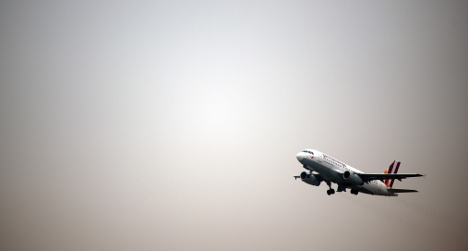 “It's about identifying the victims and clarifying the cause of death,” state prosecutor Christoph Kumpa told Der Spiegel.

He added that the German lawyers would be working closely with their French counterparts.

Marseille prosecutors have already opened an investigation for suspected negligent homicide and are trying to clarify what happened during 4U9525's final eight minutes, when the crew was out of radio contact with traffic controllers.

Federal police identification experts from the Bundeskriminalamt (BKA) have also been sent to the scene of the accident, Spiegel reported.

"The team was sent to France in discussion with the French authorities, since there were Germans among the victims, and they are now in Paris," a spokeswoman for the BKA told The Local.

"Our permanent liaison officers to France are already at the scene of the crash."

Germany is home to internationally-recognized experts in the field who often sent abroad to aid in the identification of victims, such as a deployment following terrorist attacks at a shopping mall in Kenya in 2013.