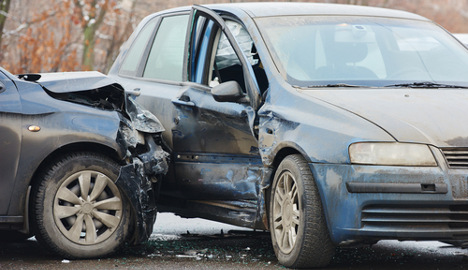 Still, the country has seen some improvement since 2010 when traffic-related fatalities were reported to be 45 per million inhabitants.

But the slight increase in German fatalities is not necessarily a sign that drivers have gotten worse, a spokesman for Germany's biggest motoring association ADAC told The Local.

"These small changes in statistics are dependent on the weather. It depends if the winter is very mild, or if the winter begins very early and people drive slower," said ADAC spokesman Andreas Hölzel.

"The drivers are not the fundamental problem. Germany’s problem is that ordinary roads must be better developed, and that cars must be built safer,” Hölzel added. "German drivers are safe, we have strict driving schools and police, but supervision can always be stronger,"

"Following two years of solid decreases in the number of people killed on Europe's roads, the first reports on road deaths in 2014 are disappointing," the commission said in a press release.

"It's sad and hard to accept that almost 70 Europeans die on our roads every day, with many more being seriously injured," said EU Commissioner of Transport Violeta Bulc in a statement. "The figures published today should be a wake-up call. Behind the figures and statistics there are grieving spouses, parents, children, siblings, colleagues and friends. They also remind us that road safety requires constant attention and further efforts."

Germany still did better than the European average for fatalities of about 51 per million inhabitants. The safest countries were Malta (26 deaths per million), the Netherlands (28), Sweden (29) and the United Kingdom (29).