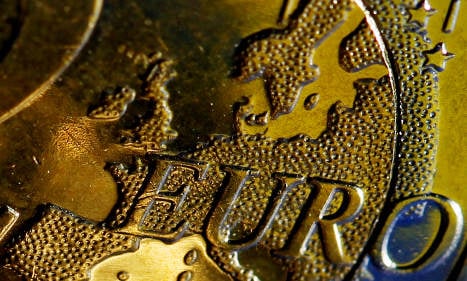 The survey, carried out by the market research firm GFK Verein, shows the level of confidence in the Euro has risen 19 percentage points since they last surveyed attitudes in 2013.

“The background reason for this result is low inflation,” Ronald Frank, Head of Studies at GFK Verein told The Local.

“The consumer reacts to the things he buys on a weekly basis. Because the oil price is low and this has a knock-on effect on the price of petrol at the pump – and the price for good such as butter, bread and even beer has not risen, people feel the low rate of inflation.”

It is still some way off public trust in the police which was recorded at 80 percent.

Frank told The Local that the other main influence on the Euro's rise in popularity was that the public believes it has weathered the storms that have battered it in recent years.

“In 2012 the media had a tendency to talk down the Euro, but a few years later nothing has happened.”

It has now been established in the public mind that the worst fantasies of the media will not come true and the Eurozone will indeed stay together.

The survey also identifies a rise in support for the government from 34 percent in 2013 to 40 percent today.

Frank pointed out that this could have reinforced support for the Euro since the measures taken to support on the European level to strengthen the single currency  – the European Stability Mechanism (ESM) – came “significantly from Germany.”

But he warned that public attitudes on these issues can change quickly, saying that rising inflation or a large amount of tax money transferred to Greece as part of a deal on its debt could quickly see support for the Euro begin to fall away.