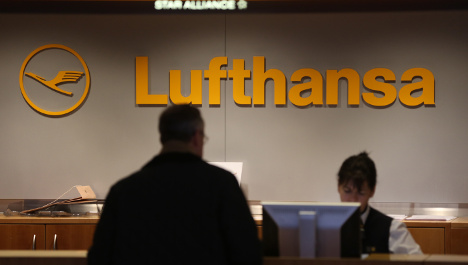 The pilots' union Vereinigung Cockpit "has called another strike for tomorrow on short- and medium-haul flights. That is the third strike in three days," Lufthansa said in a statement.

In addition, a strike by air traffic controllers in Italy – completely separate from the pilots' strike — would result in the cancellation of a further 90 flights affecting 10,000 passengers, the statement said.

Lufthansa said its long-haul services would not be affected and would take off as scheduled.

"All flights by Germanwings, Eurowings and Air Dolomiti, as well as Swiss, Austrian Airlines and Brussels Airlines will go ahead as planned," the carrier said.

"Despite the strike, around 75 percent of a total 3,000 daily flights will go ahead," it said.

The pilots' union Cockpit had initially called for 24-hour walkout on Wednesday, but subsequently extended the industrial action, first to Thursday and then to Friday.

On Wednesday, the stoppages had targeted short- and medium-haul services.

But long-haul flights were grounded on Thursday. And Cockpit said it would target short- and medium haul flights again on Friday.

On Wednesday, some 750 flights had been grounded affecting 80,000 passengers.

On Thursday, 84 long-haul flights out of a total 153 taking off from Germany were hit, grounding 18,000 passengers.

Cockpit has staged more than a dozen sets of strike action since last April over management plans to change the pilots' early retirement arrangements.