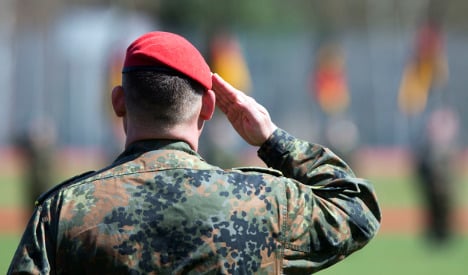 A company of soldiers will be deployed to the formerly Soviet-ruled Baltic state from April to July, and separate units will arrive for exercises in July and November, the ministry said in a statement.

"Our allies are ready to fulfil the obligation to boost Lithuania's security together with us," Olekas told AFP.

Russia's alleged intervention in Ukraine has jangled nerves in Lithuania and fellow Baltic states Estonia and Latvia, which joined NATO in 2004 after regaining independence from the crumbling USSR in 1990-91.

A series of exercises by Russia in the Baltic region has stoked concern that the Kremlin could try to destabilise it to test NATO.

The United States has deployed around 600 troops in the Baltic states and Poland, and NATO agreed to set up command centres in the region this summer.

Another several hundred airmen from Italy, Poland and Spain are deployed in NATO air policing patrols at bases in the alliance's Baltic members bordering Russia.