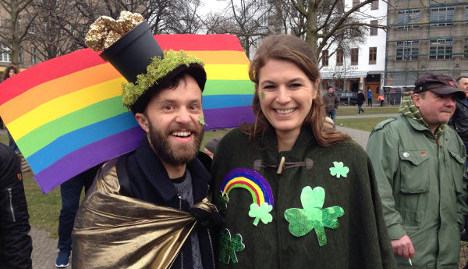 The city police told The Local that an estimated 1,200 people marched in the parade, which brought young and old to the streets of Berlin's Kreuzberg district.

The event began with a performance by Irish step dancers with Germans and Irish spectators alike donning kilts, Irish flags and leprechaun hats.

"I saw the show of Micheal Flatley many years ago and wanted to learn," said Irish dancer and Kiev, Ukraine  native Ganna Boitsova of the RIverdance star. "I love Ireland, the culture, although I have never been there."

Irish immigrants said the event helped bring a piece of their homeland into their new home.

"It's about celebrating the wearing of the green," said County Wicklow native Dáire Murray, who has lived in Berlin for 20 years.

"And we're here for the good craic," Murray added, using the Irish term for fun and good conversation. The parade started shortly after the Irish dancing, with a man dressed as St. Patrick leading a group of people holding up a larger-than-life gold and green snake puppet – a reference to St. Patrick driving the snakes out of Ireland.

The parade continued marching through the streets until reaching a beer garden.

"I married my English teacher so that she wouldn't get away," Klaus Redding told The Local. 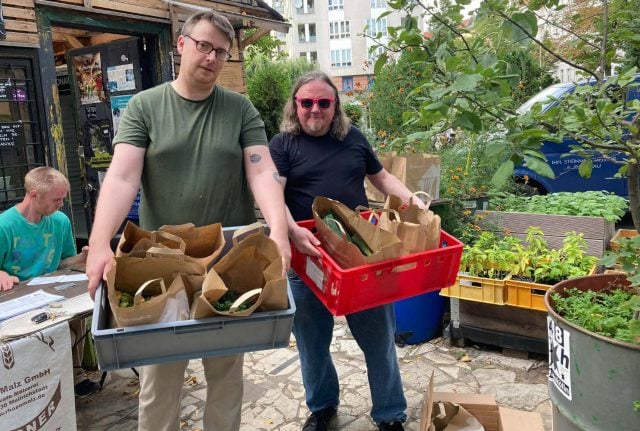 FESTIVAL
‘The pandemic made people want to grow stuff’: How a Berlin balcony project led to a chili revolution
Url copied to clipboard!