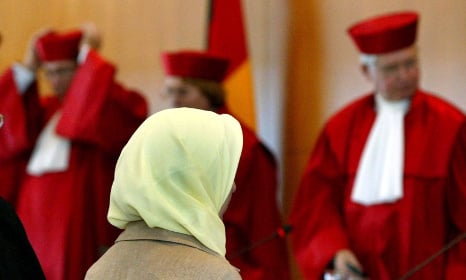 The judges in Karlsruhe argued that a blanket ban on teachers wearing veils in school is not compatible with religious freedom, left-wing daily TAZ reports.

The newspaper saw a copy of the ruling on Thursday, although it is not due to be made public until later on Friday.

The ruling came in the case of two Muslim teachers who went to the court because they wanted to cover their heads for religious reasons. One wore a traditional veil, the other a type of hat.

But state officials said they were violating state law by wearing the headgear.

Teachers displaying “expressions of religiosity” which are seen to jeopardize the neutrality of the state and the peacefulness of schools, are banned in the westerly state's school system.

In the future an abstract danger to state neutrality and peace at schools will not be sufficient. “An ample concrete danger” must exist.

TAZ reports that the ruling does no that mean that Islamic veils are now to be allowed under all circumstances.

If conservative parents were to organise protests against a teacher wearing such a veil, this could constitute a threat to school peace, which would be grounds for banning the veil. 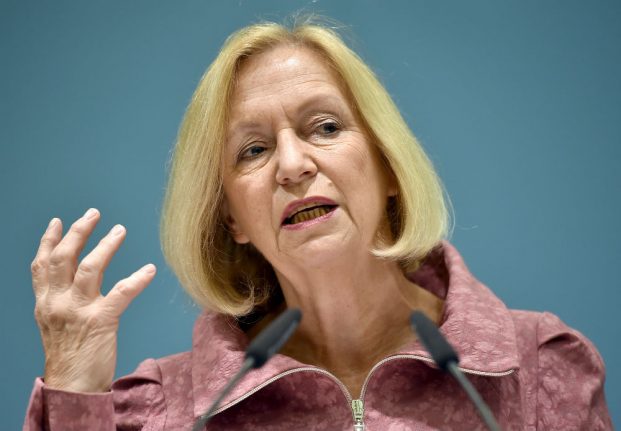 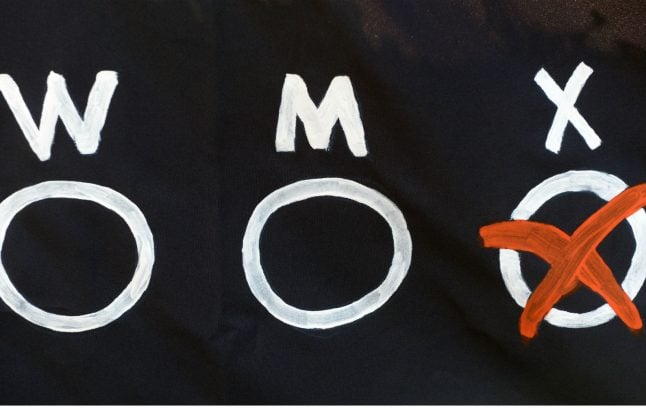 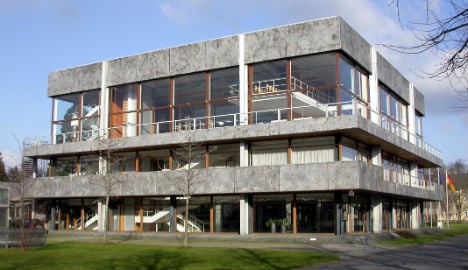 Germany's Constitutional Court is expected to find a compromise. Photo: Tobias Helfrich/Wikimedia Commons
The case begins at a time when the bank is preparing to further ramp up its bond purchase programme.
The OMT — or Outright Monetary Transactions — programme was unveiled in 2012, at the height of the eurozone sovereign debt crisis, as the ECB's weapon to warn off investors from speculating on government bonds.
The programme was never implemented, and has since been superceded by a far bigger bond purchasing programme known as QE, although that is aimed now at kickstarting inflation rather than warding off speculation.
The German top court's ruling would focus on the now likely defunct measure but could have a bearing over the ECB's ongoing 1.1 trillion euro bond buying programme until March 2017.
For critics, such measures are effectively a way of printing money to pay off a government's debt.
Some 37,000 eurosceptics initially took their case against the OMT to Germany's highest court in 2014.
The constitutional court then partially agreed with their concerns, ruling that there are “important reasons to suggest that it goes beyond the ECB's monetary policy mandate and infringes on the powers of the member states and contravenes the ban on monetary deficit financing”.
But it passed the case on to the European Court of Justice in Luxembourg before issuing its final ruling.
The ECJ however last June swiped aside the German court's misgivings, saying the scheme was compatible with EU law.
The court in Karlsruhe therefore now has to issue its final decision on the case, with a verdict not expected before a few months.
Debt-wary Germany is especially sceptical about such bond-purchasing programmes, and the head of the country's central bank Jens Weidmann had voted against both OMT and QE.
At the ECB's regular monetary policy meetings, Weidmann has also played a dissuading role when bank chief Mario Draghi made any suggestions of further ramping up the bond purchasing programme.
Commerzbank analyst Michael Schubert believes that the German court “will probably not change its previous ruling, even after” the ECJ's decision.
Rather, German judges “will likely try to find a compromise”, he predicted.  This could see the court accept the European court's conclusions while rejecting its reasoning, or simply reserving the right to reexamine the
situation in case of new developments, he said.
A group of renowned German economists including Clemens Fuest, who heads the Ifo institute, had warned that if the German court agrees with the ECJ, it would open the floodgates for other unconventional measures.
“From the moment that the ECB carries out an intervention in the crisis, we risk sending (the eurozone) in the wrong direction,” they added, pointing out that debt-laden countries would lose the incentive to pursue meaningful reforms of their economies, and could simply wait for the ECB to rescue them.
At the ECB's first monetary policy setting meet this year, bank chief Mario Draghi hinted the bank could boost stimulus measures and further slash rates to give stubbornly low inflation a nudge. 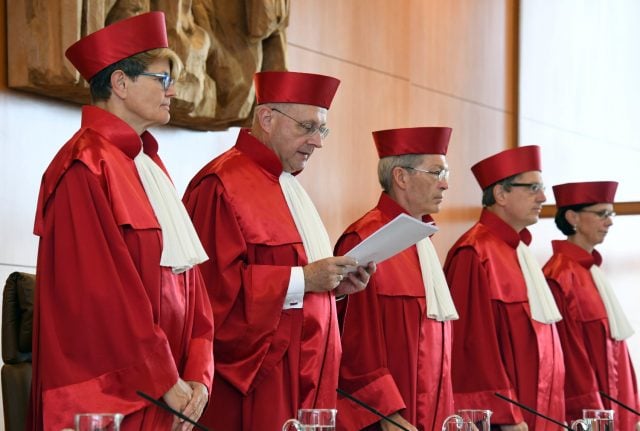 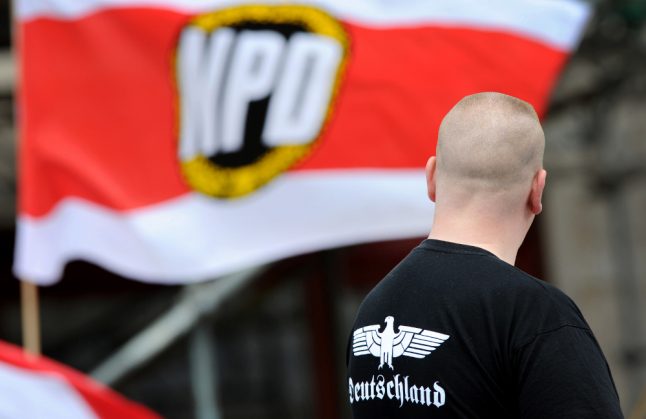