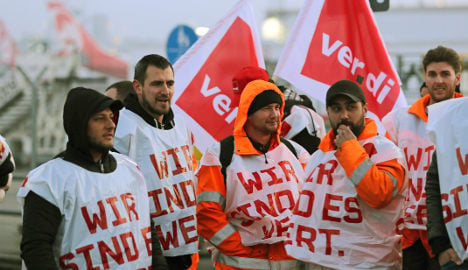 "We don't expect any effects on traffic," Düsseldorf airport press spokesman Thomas Kötter told The Local. "The remaining workers are able to cover the work and flights are running.

"There are no big lines in the terminal or anything like that which you might expect during a strike."

Union Verdi is in a dispute with ground services company Aviapartner over wages after four days of negotiations broke down with no result.

The union said that 90 percent of its 230 members at Düsseldorf joined the strike, mostly affecting check-in desks and luggage handling.

In Hannover 60 employees joined the walkout.