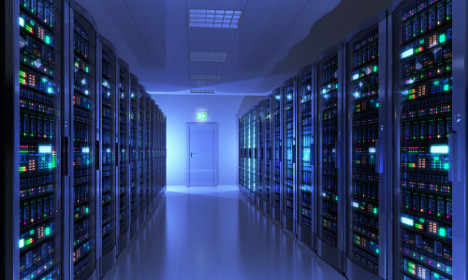 The future of your Instagram posts and phone conversations? Photo: Shutterstock

Der Spiegel reported on Saturday that the Justice and Interior ministries were working on a new version of the plan.

Previous versions would have seen data from all internet sessions and phone calls saved for between six months and two years, in case the authorities needed them in an investigation.

“We can imagine that the Interior Ministry is planning something like that, but the SPD will stick to the position it's held until now” of opposition to any such project, digital rights activist and founder of netzpolitik Markus Beckedahl told The Local on Monday.

That could see the SPD aligning itself with the opposition Green and Left (Linke) parties against its coalition partner the CDU.

“If the coalition wants to introduce mass data retention without an EU mandate, that would not be covered by the coalition agreement,” SPD digital rights spokesman Johannes Fechner told the Tageszeitung on Monday.

"I think my party would do well to take a clear position against data retention.

"Many SPD state federations have already done this. My own state federation, the North Rhine Westphalia SPD, spoke clearly and strongly against data retention at its last conference."

Symbol of a wider battle

Security-minded politicians and leaders of security institutions in Germany and abroad have repeatedly called for the introduction of mass data retention.

Beckedahl said that it has become totemic in the tug of war between individual rights and security in the online age.

“Data retention is a symbol for giving the security authorities access to all possible digital investigative methods,” he said.

But the strength of resistance can be explained by the fact that for activists like him, “it's a red line over which we step into a preventive justice state, in which all citizens are suspect.”

Katrin Göring-Eckhart, Green Party leader in the Bundestag (German parliament) told Die Welt on Monday that “terrorist danger comes from a few radicalised people. They're the ones who should be watched, not placing everybody under general suspicion.”

And Left party MP Jan Korte told the Kölner Stadt-Anzeiger that the plans were “impossible to accord with the principles of a democratic state under the rule of law.”

Reconciling such a move with EU privacy and data protection rules will be tough, after an EU-wide proposal was rejected by the Court of Justice of the European Union (CJEU) in April 2014.

A German proposal, meanwhile, was rejected by the Supreme Court in 2010.

“There are very high hurdles set by the CJEU and the Supreme Court,” Beckedahl said.

A new proposal “would have to look very different from mass retention as we've seen it until now.

“No-one knows what a constitutionally acceptable version would look like”.

Kammerevert agreed, saying that "if you take the parameters of the CJEU seriously, it's almost impossible to collect data without cause and on a wide scale.

She added that the development of the internet did not mean there was anything new about the way the authorities ought to fight crime and terrorism.

"With or without the internet, fighting terrorism and crime was and is only successful if we're able to foresee their plans and block them. Collecting data at random doesn't help with that."