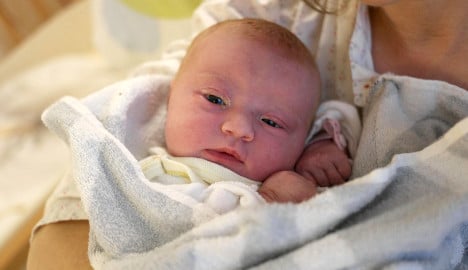 The study, published online on Monday in the journal BJOG, shows a huge variance in how 26 European countries deliver babies.

Top of the table was Cyprus, where 52.2 percent of births are performed through the procedure. The lowest percentage of c-sections was in Iceland with 14.8 percent.

Germany came in seventh place at 31.3 percent, nearly half of which were planned ahead of time and not emergency procedures.

The study, headed by professor of perinatal health at City University London Alison Macfarlane, calls the high rates of c-sections and the inconsistency across the continent “cause for concern”.

“Consequences of the rise in caesarean section rates include associations with raised risks for mothers and babies, including placenta accreta (placenta attached too deeply to the uterine wall), placenta praevia (placenta developing in the wrong place), placental abruption (separation of the placenta from the uterus) and stillbirth in subsequent pregnancies,” the study states.

The World Health Organization had recommended in the past that no more that 10 to 15 percent of babies be delivered by c-section, but dropped this opinion in 2010, stating that “what matters most is that all women who need Caesarean sections receive them”.

“Women should get a second opinion and know that c-sections are not their only options, including for breech birth,” Baisel told The Local. “C-sections can result in the death of the child or of the mother, infections – there are a huge number of drawbacks.”

The study concludes that the wide variations within Europe “point to a lack of consensus about practice and raise questions”, calling for further research on the topic.