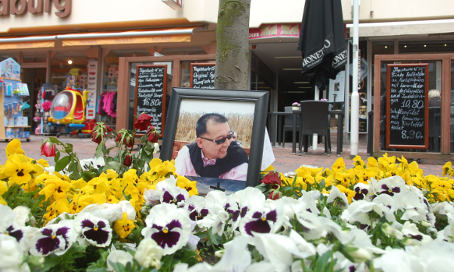 Prosecutors say the two men, one in his thirties, the other in his fifties, beat chef Miki Nozawa so badly that he later died of his injuries.

The 38-year-old defendant stands trial on the charge of causing grievous bodily harm resulting in death, while the 51-year-old stands accused of attempted assault.

The beating allegedly took place in May 2013 at a bar in Westerland.

The older man, unhappy with the food they ate at the Nozawa's restaurant the previous day, is said to have demanded their money back and begun to push him.

When the Japanese chef fell to the floor the younger man continued to kick him.

The men were in an “acutely intoxicated state," prosecutors explained. Nozawa died one day later from serious brain damage.

Nozawa was no ordinary chef. Until 2007 he cooked in Flavio Briatore's Michelin-starred restaurant “Billionaire” in Sardinia.

He then moved to Berlin, where he won critical acclaim for his Japanese-Italian fusion “Mania” restaurant. He had also cooked for Michael Gorbachov in Moscow.

According to star chef Andreas Bernet, who took Nozawa to Sylt in 2009, he “cooked the best Italian food in the world.”

Witnesses to the crime

A policewoman who arrived at the scene of the crime described seeing the victim lying in a pool of blood at the foot of a flight of stairs.

She could detect neither pulse nor breathing, and so attempted to resuscitate him. The older of the accused told her the situation involved some “wrangling” over food.

A guest of the bar, who was present at the time, described witnessing an argument that turned into a fight.

“Pay us back the ten Euros” he recounted hearing the men say. The three men were then sent out to an anteroom by an associate of the bar's owner.

A barman described how the younger of the two defendants had asked him to call an ambulance.