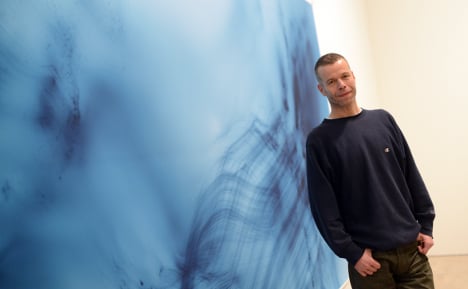 Wolfgang Tillmans at an exhibition in 2013. Photo: DPA

Born in 1968 in Remscheid, north-western Germany, Tillmans has been at the forefront of photography since the early 1990s, plying his trade in the London and Berlin, where he now lives.

The Hasselblad award isn't the' first major prize of Tillmans' career. In 2000 Tillmans became not only the first non-Briton to win the world famous Turner prize, but also the only artist who primarily works with photography to have received the accolade.

His work has graced the most prominent contemporary art galleries across the globe, including the Tate Modern in London, the Guggenheim in New York, and many more.

When announcing the award, the Hasselblad Foundation described Tillmans as one of the "most original and innovative artists of his generation".

"His practice has covered subjects of pressing political and social importance since the 1990s, reflecting both directly and indirectly on the power of the photographic image to engage critically with the world around us", the tribute continued.

The Swedish award goes back to the prominent photographer and camera maker Victor Hasselblad and comes with €110,000 prize money.

On receiving the prize, Tillman said that "the award has always honoured those who have strived to push the boundaries of photography, and that's how I see my work.

"I haven’t arrived yet at the boundaries of what can be done with the medium."

In Germany he is perhaps best known in Germany for his documenting of the techno and gay scenes in the 1990s, but more recently he has focused on the exhibition space itself, playing with scale, format and presentation to creative more immersive experiences.

For example his current gallery Between Bridges situated in Berlin often plays music to add another dimension to the exhibitions.

"Everything that I can express with words I don't need to photograph. Photography allows you to deal with the inexplicable and explore the world."

The award ceremony will take place in November this year, coinciding with an exhibition of Tillmans' work in Gothenburg in Sweden and the publication of a new book of his work.