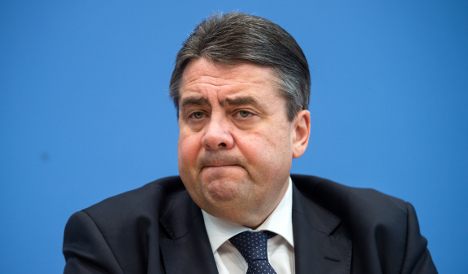 Gabriel sets off for a four-day trip to the Arabian Peninsula with a long list of industry ambassadors, including representatives from the energy, auto-mobile and building sectors.

But missing from the list is anyone connected to the arms industry. The Frankfurter Rundschau reports that representatives of the major arms firms, such as Heckler & Koch and Rheinmettal will have to stay at home.

Gabriel, the leader of the Social Democratic Party (SPD), claimed when he took up office in 2013 that he would be more stringent in offering licenses for arms exports.

That was a stance which met strong resistance from his Christian Democratic Union (CDU) coalition partners, the arms industry, and trade unions.

The opposition have long taunted the Vice-chancellor that he has gone back on this promise.

Die Linke (the Left Party) nicknamed him Vice-panze-llor (a pun on the German word for tank, Panzer), and ridiculed him for agreeing to weapons sales to various Middle Eastern dictatorships.

But recent news suggests that Gabriel has made a noticeable difference to a contentious but highly lucrative export policy.

In February, Süddeutsche Zeitung reported that the value of single export licenses (licenses needed to sell to politically contentious countries) granted to arms companies had dropped from €5.85 billion in 2013 to €3.97 billion in 2014, the lowest sum in several years.

Paul Russmann, a spokesman for anti-arms trade campaign group Aktion Aufschrei, told The Local that he does “not believe that Gabriel will try to sell more weapons to the Saudi Arabians [on this trip]” citing the SPD boss' need to maintain his domestic credibility.

But he cautioned that the trip was aimed a maintaining a “good climate” of relations between the two states.

Gabriel insists that the point of his mission is to argue the case for greater cooperation on energy, infrastructure, health, and above all renewable energy.

Abu Dhabi is trying to build a reputation as a boom region for green energy and, at least on paper, wants to invest heavily in renewable energy sources.

At the start of 2015, the German Government stopped all weapons exports to Saudi Arabia, citing the human rights situation there.

“I don't think the region's [the Middle East's] problem is a lack of weapons, but rather that there are too many,” Gabriel said at the time. 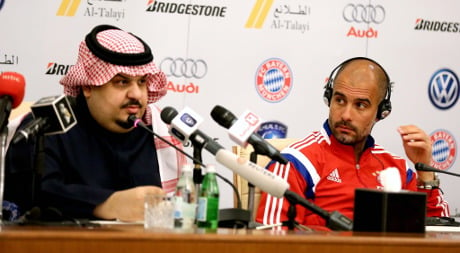