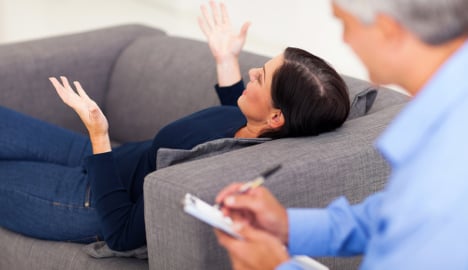 The 47-year-old man managed to pull the wool over the eyes of his colleagues at the hospital as well as patients for roughly a year, reports the Hannoversche Allgemeine Zeitung.

He conducted examinations of patients, wrote diagnoses, and took in money for his work.

The man started the con job by providing the hospital with falsified documents, which apparently certified his credentials.

According to Lower Saxony prosecutors, he had had his own psychological practise for years, despite lacking training and qualifications.

They allege that he treated many patients during this time, including ones with issues relating to obesity, and that he wrote diagnoses which were handed in at health insurance funds.

The man was already known to the police; following a previous arrest for weapons related offenses.

During their search of the man's apartment, the police seized numerous firearms, including pistols, rifles and munitions.

The prosecution has now charged the man with professional deceit.

"In total the man is accused of 88 offences," said Thomas Klinge, spokesman for the prosecution.

According to a spokesperson for the hospital, the man never had direct responsibility for patients, but was called in to advise doctors when patients showed worrying psychological symptoms.

The hospital spokesperson added that the man worked at the hospital for around a year without attracting suspicion. It was only when members of the public reported concerns about his missing qualifications that they took a closer look into his background.