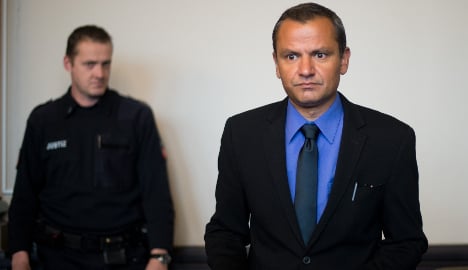 “I've now realized that I made a mistake, and it took me too long to realize it,” Edathy said in a statement read out by his lawyer. “The accusations are true”.

The disgraced Social Democratic Party (SPD) representative and former ministerial hopeful had until now maintained in public that what he did was “wrong, but legal”.

Spiegel reported that the court ordered Edathy to pay €5,000 to the Child Protection Federation of Lower Saxony in exchange for the judges ending the prosecution.

The controversial “Paragraph 153” rule, under which a trial can be abandoned if prosecution and defence agree and a fine is paid to a “public interest organization”, leaves Edathy without a blemish on his criminal record.

It was the same process by which Formula One boss Bernie Ecclestone escaped prosecution for bribery by paying €100 million in 2014.

Edathy became the subject of a media frenzy in early 2014 when he resigned “due to ill health” a few days before investigators searched his home and parliamentary office.

His name had surfaced in the records of a Canadian company which sold pornography featuring children and minors to clients all over the world.

Alongside his own trial, MPs and investigators have been trying to determine whether he and other politicians were tipped off about the investigation before the raids.

The case toppled then-Agriculture Minister Hans-Peter Friedrich, who informed Edathy's bosses at the SPD about the police moves against him.