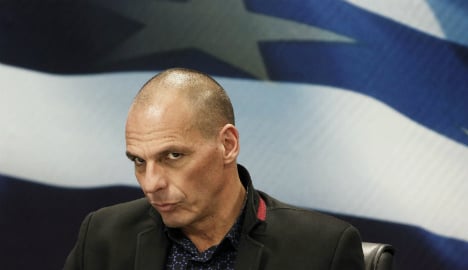 European finance ministers on Friday gave Athens just over three days to draw up a list acceptable to its international creditors in exchange for a four-month extension of its debt bailout.

Popular German tabloid Bild reported that the Greek government hopes to garner €2.5 billion in tax receipts from the fortunes of powerful Greek tycoons, citing sources close to the hard-left government.

A similar amount would be drawn from back taxes owed to the state by individuals and businesses, Bild said.

The report said an additional crackdown on illegal smuggling of petrol and cigarettes would yield another €2.3 billion for the government coffers.

Greece's hard-left Syriza government is walking a tightrope between its commitments to European creditors and its electoral pledges to end austerity in a country struggling to recover from severe economic crisis.

Two previous rounds of talks ended in acrimony with Greece accusing Germany and other hardline EU member states of sabotaging a deal.

To win Friday's hard-fought deal, Athens pledged to refrain from one-sidedmeasures that could compromise its fiscal targets and had to abandon plans to use some €11 billion in leftover European bank support funds to help restart the Greek economy.

"Europe has some breathing space, nothing more, and certainly not a resolution. Now it's up to Athens," German foreign minister Frank-Walter Steinmeier told Bild.

"The fundamentals – namely assistance in exchange for reform – must remain the same."

On Tuesday, Greece's creditors will decide whether to proceed with Friday's agreement after considering the proposals, with the chance that the compromise could be scrapped if they are not satisfied.

If Athens sticks to its commitments, it stands to receive up to €7.2 billion in funds still left in its €240 billion bailout from the EU and the International Monetary Fund.