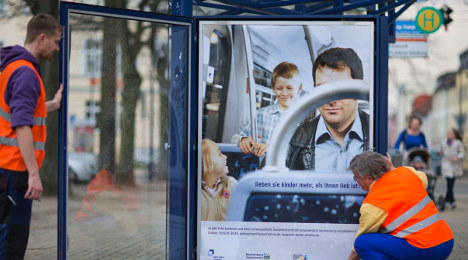 A draft paper from the party's health working group, seen by Bild newspaper on Tuesday, suggested that Germany's health insurers should spend a total of €8 million a year on around 20 walk-in clinics.

“The idea is that the people affected shouldn't become criminals and learn to control their impulses,” CDU health spokesman Jens Spahn told Bild.

“That's the best protection for children, as the potential victims,” he added.

Jens Wagner, a spokesman for Kein Täter Werden (Don't Become a Criminal, KTW), a network that offers free anonymous counselling for men who find themselves attracted to children, welcomed the move.

“We know that the re-offending rate is much lower among people who have gone through therapy,” he told The Local.

“We can spot the risk factors and we can reduce those risks when people take part.”

But Ingo Fock, a spokesman for victim support group Gegen Missbrauch (Against Abuse), told The Local that politicians should direct resources to people affected by abuse first.

"Looking at the numbers from Kein Täter Werden, you ask whether it's really worth it," he said. "There's a relatively high rate of recidivism."

"Once there's better support for those affected, then you can look at the preventative question," he argues.

Fock also said that there should be more investment in training teachers and other workers in schools, who are often the first point of contact for abuse victims.

"We need teachers who can react when they're informed and get victims into the systems that are there to help them," he said.