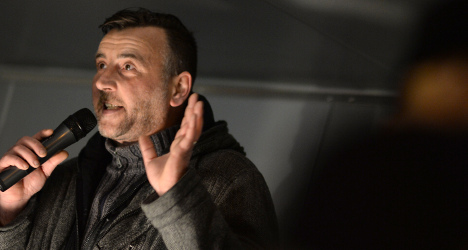 At a 4,000-strong rally in the city, the fifteenth since the movement began last October, Bachmann said that there were three possible candidates, and the person selected would be introduced soon.

Bachmann himself is out of the running, as he has a criminal record and was forced to step down from leading the group after evidence of racist comments he had made against immigrants emerged online, alongside a picture of him styled as Hitler.

At the meeting, Bachmann also reported on a conference he had held with Pegida offshoots from different cities and put forward ten political demands under the title “Dresden Theses”.

One of the key points in the list is the immediate deportation of people whose asylum applications are rejected.

Other cities saw smaller demonstrations by Pegida copycats on Monday, including Leipzig, Chemnitz, Magdeburg and – for the first time – Nuremberg.