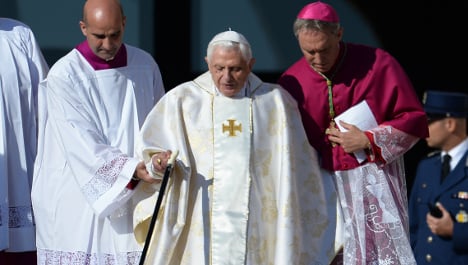 Former pope Benedict XVI (C) arrives to attend a papal mass for the beatification of Paul VI, who died in 1978 in October 2014 at the Vatican. Photo: Filippo Monteforte/AFP

Two years after he shocked the world by announcing he lacked the strength of mind and body to carry on as pope, Benedict is enjoying a largely solitary retirement within the confines of a Vatican monastery, his private secretary told Italy's Corriere della Sera daily.

Archbishop Georg Ganswein dismissed suggestions that the health of former Joseph Ratzinger, now officially Pope Emeritus, was cause for alarm.

"Benedict is almost 88 and, as is normal for a man of his age, sometimes his legs give him a few problems," Ganswein said.

"He has his daily routine, which is very methodical.

"And the head is still functioning very well, his mind is formidable."

As evidence of that, Ganswein said that Ratzinger had recently written a "wonderful text on questions of truth" to be read to Vatican scholars at the start of their academic year.

Benedict's daily routine involves rising at 7:45 a.m. for mass, followed by breakfast and mornings filled with reading, prayer and correspondence.

After lunch he takes walks on his terrace and in the Vatican gardens either side of a rest. Post-dinner he watches the Italian news on television before further prayers in his own chapel.

"In the last few weeks he has resumed playing the piano more often — mostly Mozart but also other pieces that come into his mind and which he plays from memory," his secretary added.

Benedict announced his historic decision to step down to cardinals on February 11th, 2013. Two years later he is convinced that was the right decision for the Church, according to his aide, who reiterated that it was "taken freely without any pressure."

Benedict's health problems are widely thought to have been exacerbated by the pressure of running a church beset by scandals over paedophile priests and infighting and corruption within the Vatican.

The strong leadership of his successor Pope Francis is seen as having largely neutralized these issues and Ganswein acknowledged the two pontiffs had very different ways of expressing themselves. 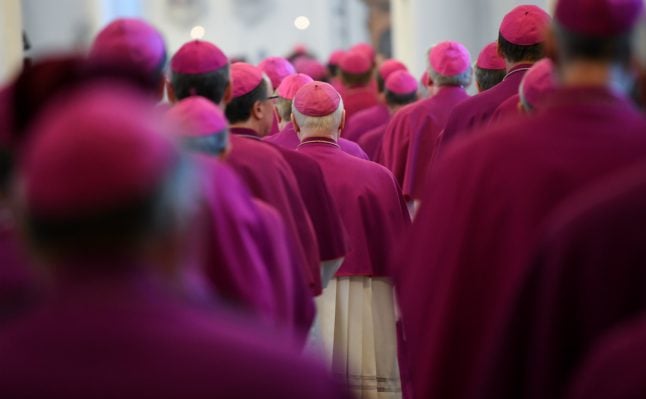