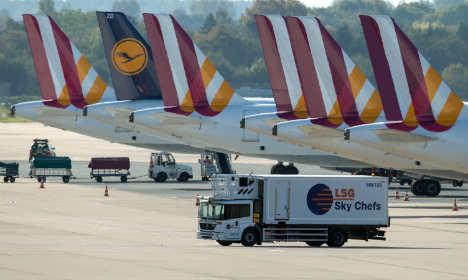 Pilots for Lufthansa's low-cost air carrier announced on Wednesday that they would be taking industrial action on Thursday and Friday, leaving the airline scrambling to come up with back-up plans for all of the potentially affected passengers.

Lufthansa said it wasn't yet sure how many flights would be cancelled or which routes would be hit, though information should appear on its website sometime on Wednesday, the airline said.

"There will be considerable disruptions and delays to all of Germanwings' operations during this time," the website warns.

The strike is the latest action in a nearly year-long industrial dispute between Germany's biggest airline and Cockpit, the union representing the pilots.

At stake is a changing retirement policy, which currently allows pilots to retire at 55 while receiving 60 percent of their salary until the statutory retirement age of 65.

Cockpit says that its younger members may not be able to strike such a good deal in the future if bargaining processes are changed.

It will be the 12th industrial action in the fight so far, while being only the second one being carried out by Germanwings pilots.

Cockpit spokesman Markus Wahl said that Germanwings pilots have made a number of concessions in an attempt to settlement, "but Lufthansa has knocked down all suggestions. At some point, we get stretched too thin".

Pilots are also concerned about the airline's future strategy, including plans for a long-haul budget airline where current collective bargaining arrangements would not apply.

Earlier this week, Hamburg, Stuttgart and Hanover were also hit by strikes by security personnel. The industrial action even caused police to barricade the doors to Hamburg Airport while the airport authority got a handle on the ensuing chaos.