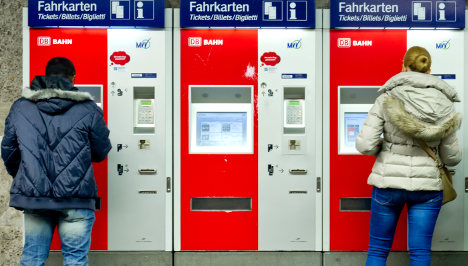 As well as a successful trial of the new devices on selected machines in 2013, DB attributed this to a spate of successful prosecutions after it deployed special investigation teams.

The loss of money to thieves is dwarfed by the cost of replacing new machines, which at €30,000 each time ran to €6.7 million euros last year, the rail provider said as it unveiled the new security measure in Berlin on Tuesday.

"If the cashbox is tipped or shaken the paint cartridge bursts and sprays a high pressure jet of indelible colouring onto the banknotes," rendering the money worthless and a break-in "pointless", DB's security chief Gerd Neubeck told journalists at the capital's Nordbahnhof.

As well as the paint cartridges, not visible from the outside, additional measures were also introduced to physically strengthen the machines.

The new system will now secure half of the total number of machines in the first phase of their deployment.