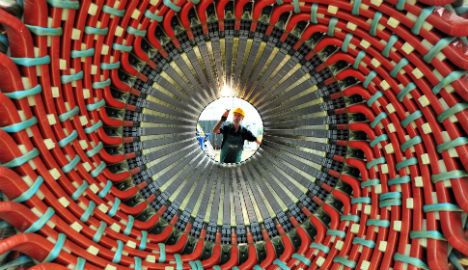 Siemens plans for profitability are funnelling down to the workers. Photo: DPA

In a statement, the company said it was hoping to "streamline administrative and overhead functions".

"With our business concept Vision 2020, we want to bring the company back to sustainable growth and close the profitability gap between us and our competitors," said Siemens CEO Joe Kaeser.

The move is part of the company's ongoing restructuring plan to find €1 billion of savings started in May 2014. The company hopes to achieve that through innovation and smart investment.

Janina Kugel, a board member and labour director, said the company wanted to start talks with employee representatives about the cuts in Germany as soon as possible and "search constructively for socially responsible solutions".

Last month, Siemens posted a 25 percent drop in its net profit in the first quarter of the fiscal year, which it blamed on interest rates, but falling oil prices also meant struggles in its important energy sector.

It was previously announced that 1,200 jobs would be cut from the Siemens Energy business.

IG Metall, the union that represents many Siemens workers, did not have immediate reaction, though chairwoman Birgit Steinborn said "I'm sick of companies presenting job cuts as though there were no alternative solutions." 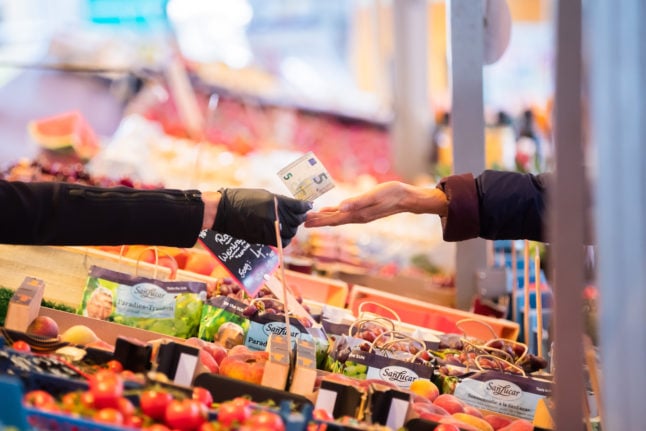 Fruit and vegetables are less expensive when they are in season in Germany, as they don’t have to be kept in cold storage which – thanks to high energy prices – incurs high costs which are passed onto the customer. So going for produce that is naturally abundant at the time of year can really pay off.

At the moment, vegetables such as kale, squashes, leaks and cabbages are currently in season, but you can refer to an online Saisonkalendar (season calendar), such as this one, to keep an eye on which fruits and veggies are in season at different times of the year. 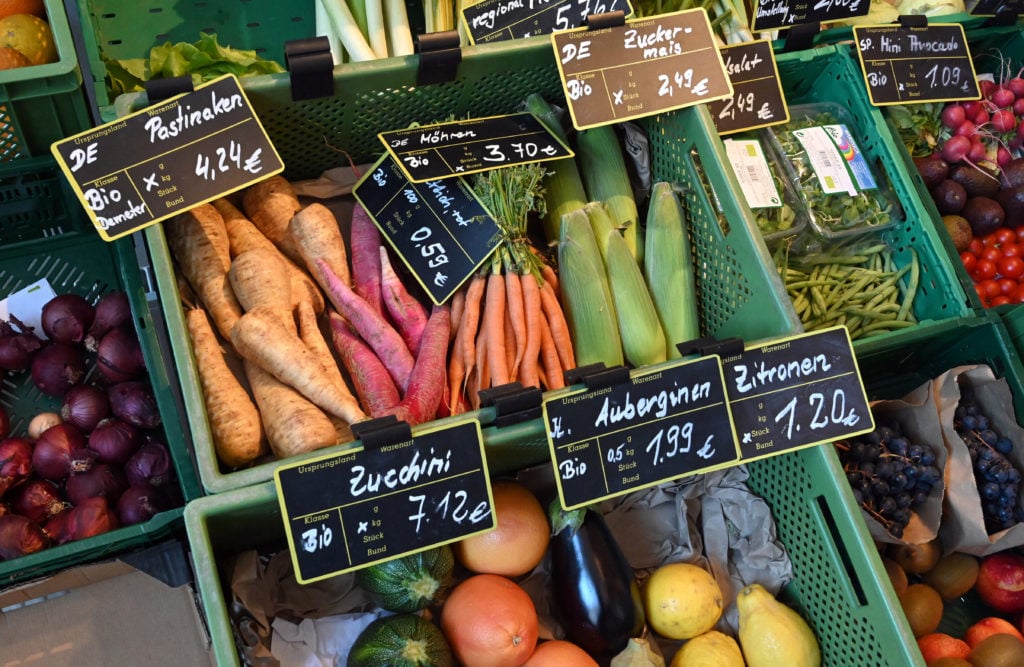 The price of butter in Germany has increased by over 40 percent in the last year – in some cases, a 250-gram packet of butter now costs €3.

READ ALSO: Energy crisis: Which everyday German products are increasing the most in price?

As a substitute for butter in cooking, go for vegetable oils such as olive oil, linseed or soybean oil or certain types of margarine and, for spreadable treats, consider alternatives such as quark or cheese spreads.

One golden rule for saving money in the supermarket – wherever you live – is to plan your meals and write down the ingredients in a list. Having a shopping list often helps avoid expensive spontaneous purchases and helps you to really only buy the things you will definitely use. 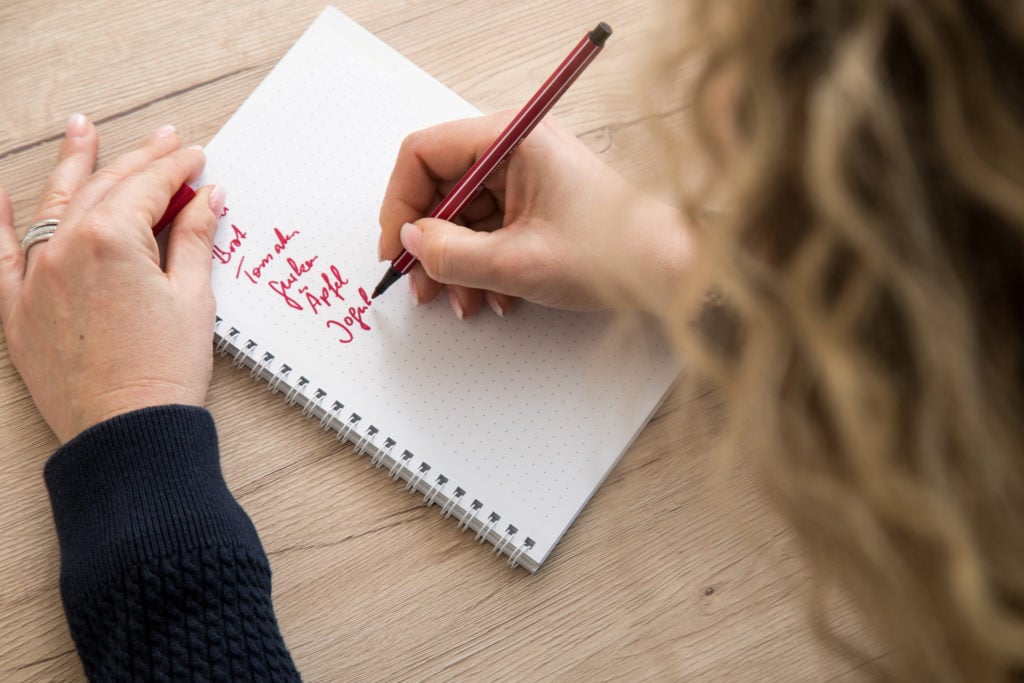 The prices of meat products, such as sausages and fish have also risen by 19.3 percent since last October. As a result, German consumer advocate groups advise shoppers to replace some of their meat products with plant-based foods, pulses or legumes instead, such as lentils, peas, beans, chickpeas, and soybeans.

Consumer advice groups also advise shoppers in Germany to visit their local fruit and vegetable markets, as fresh produce can often go for a lot cheaper than in the supermarkets.

Another good tip for buying groceries on the cheap is to compare prices by weight, not simply by the retail price on display. In addition to the retail price, you will usually see how much 100 grams of each product costs and you should use this number as a basis for comparison. 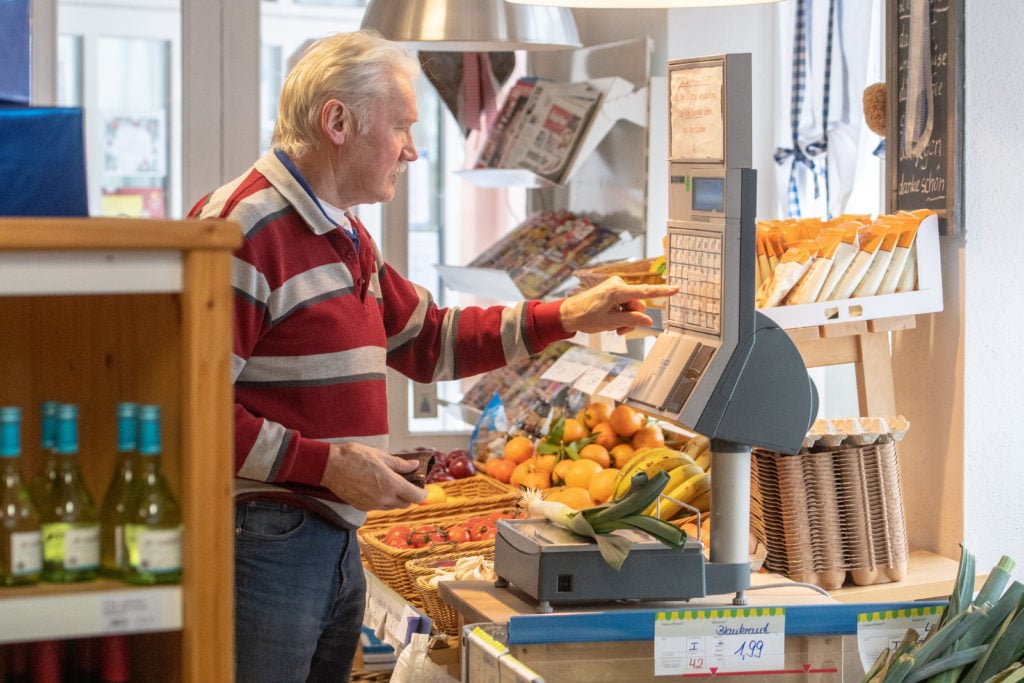 A customer stands at the scales for fruit and vegetables in the Eisenstein village store in Bavaria. Photo: picture alliance/dpa | Armin Weigel

7. Use apps to find deals

The price for the same product can sometimes vary greatly between supermarkets in Germany, so it can pay to shop around.

But, if you don’t have time to go from store to store hunting down the cheapest products, there are several apps – including Smhaggle, Marktguru and KaufDA – available which you can use to find and compare deals in local supermarkets.

Another great app for those looking to make serious savings on their foodstuffs is Too Good to Go – an app which connects people to local restaurants, bakeries and food shops which are looking to get rid of surplus food.

8. Get an advantage card

With an advantage card such as the Payback Card or DeutschlandCard, you can collect points every time you shop in a variety of stores, and then ultimately transform these points into monetary discounts. 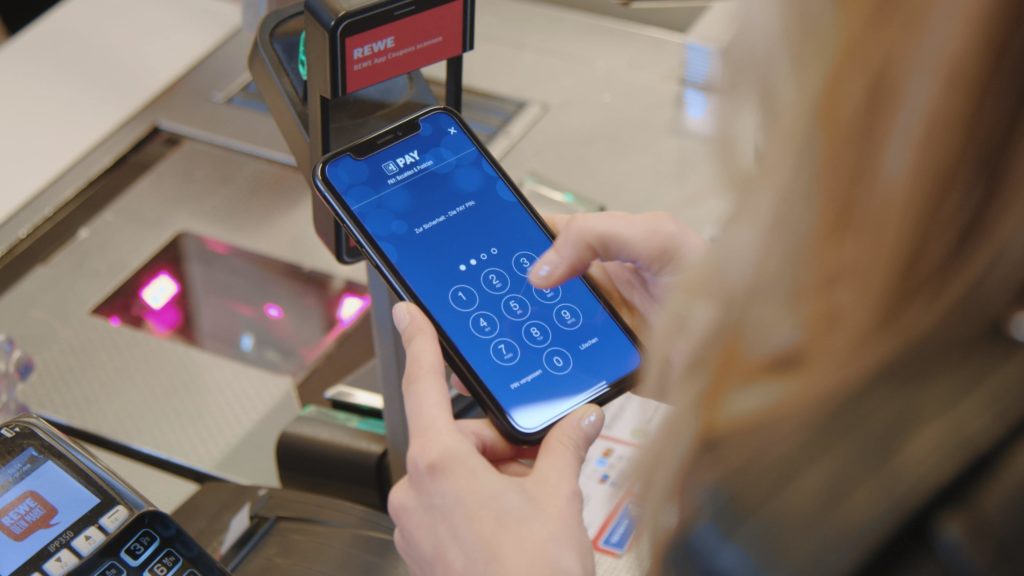 These cards are free to get and just require registration. Using them regularly, along with extra point-collecting coupons, can amount to quite a savings.

9. Check out the bottom shelf

The bottom shelves in German supermarkets are often where you will find the most economically-priced products, including the supermarkets’ own-brand products. If you reach for the private labels “Rewe”, “Ja”, “Gut & Günstig”, “Edeka”, “Penny”, “Grandessa” or “Maribel”, you can get almost the identical product as the branded variety for half the price.

If you shop just before closing time, you can often find great deals in German supermarkets – especially at the vegetable, fruit, meat and yoghurt counters. 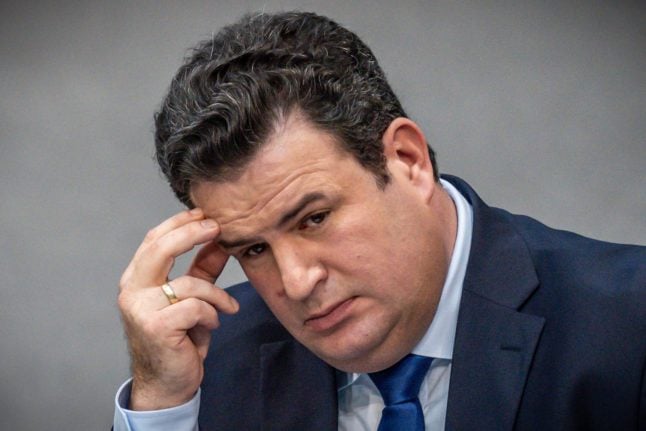