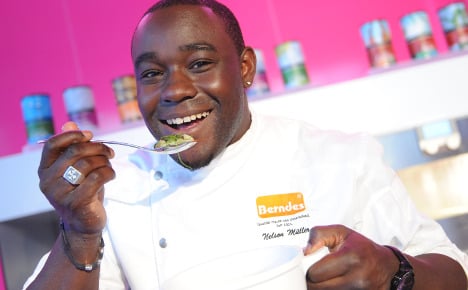 In a TV programme for ZDF, Müller tested groceries across five criteria: quality, freshness, fairness, taste and price, giving each supermarket chain a star rating for each category.

The field was composed of Aldi, Penny, Lidl and Netto – representing the 16,000 discounter branches where 65 percent of Germans regularly buy groceries – and one anonymous "normal" supermarket.

In the price category, the discounters were the clear winners, with five out of five stars thanks to their offerings around 30 percent cheaper than the classic supermarkets' wares.

Coffee stood out from the crowd as a product which was often several Euros cheaper from the discounters.

But the testers pointed out that especially cheap prices like these are often used as a way to tempt customers in, hiding price rises elsewhere. Discounters increased their prices by around the same amount in 2014 as mainstream supermarkets.

One of these things is not like the other

On quality, Müller picked a selection of Germans' favourite Italian foods from the different sellers' processed and frozen ranges.

While branded and discount tortelloni, for example, might often come from the same factory, not all pasta is created equal.

Aldi's version of the stuffed pasta are made with battery-farmed eggs and normal Gouda, while brand-name versions use free-range eggs and high-quality cheese. And the vegetable fat- and additives-laden "cheese" in cheap ready-made pizzas and lasagnes helped the testers to an easy decision to award the discounters just two out of five stars in this category.

But Aldi and friends made a comeback when it came to their fresh and frozen fish and fresh fruit and vegetables, which were rated a healthy four.

Unfortunately, those cheap prices have to come at somebody's expense – and in many cases, that's the farmer.

In the example of fresh milk, the discounters pay just 29 cents per litre, when it costs farmers 50 cents to produce. That means that only enormous "factory farms" sustained by EU subsidies can afford to stay in business, loading the burden for the cheap goods onto the animals and the taxpayer – punished with just one star for fairness from Müller's testing team.

And when it came down to perhaps the most important test of all – taste – even Müller's top-flight kitchen nous couldn't bring the discounters' food above three out of five stars.

Unfortunately for the discounters, with 5.7 million tuning in on Tuesday night to watch Müller put their product through its paces – twice ZDF's usual ratings – that's a message the shopping public seems ready to hear.