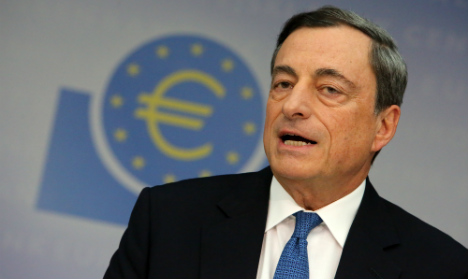 The ECB holds its first policy meeting of the year on Thursday and is widely expected to announce some sort of programme of sovereign bond purchases — or Quantitive Easing — to try to kick-start the eurozone's sluggish economy.

Germany is concerned such a programme amounts to direct fiscal support for profligate states, taking away the pressure to push through tough economic reforms.

Conscious of German objections, the bonds will be underwritten by individual states in order to reassure German taxpayers that they will not be on the hook in the event of a default, according to the FT, raising separate issues about the principle of risk sharing.

"There are a series of trade-offs involved in (designing QE) and whatever is announced will probably not satisfy everyone," Ken Wattret, economist at BNP Paribas, told the FT.

"Any adverse impact stemming from a reluctance to mutualise risk could be offset by a strong signal that the ECB is willing to buy in large scale in order to raise inflation expectations."

German news magazine Der Spiegel reported on Friday that national central banks would only be allowed to buy the sovereign debt of their respective countries, to ensure they alone carried the risk of a possible default by their government.

The weekly said that ECB chief Mario Draghi had presented the scheme to German Chancellor Angela Merkel and Finance Minister Wolfgang Schäuble in a meeting on Wednesday.

The central bank widely reported to be considering purchases worth at least €500 billion ($578 billion) or to pledge to buy sovereign debt until inflation approaches two percent, said the FT report.

Eurozone inflation fell into negative territory in December, with consumer prices down 0.2 percent. On a year-over-year basis, inflation was the weakest since September 2009, at 0.8 percent well below the ECB's target of close to 2.0 percent.

Falling prices could prove damaging for EU firms as consumers put off purchasing goods and for governments ladened with fixed-rate debt. 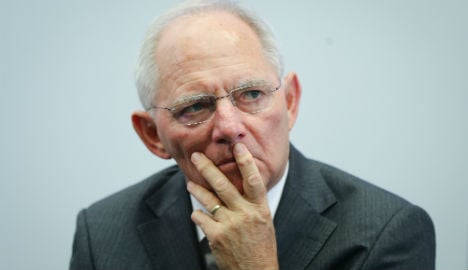