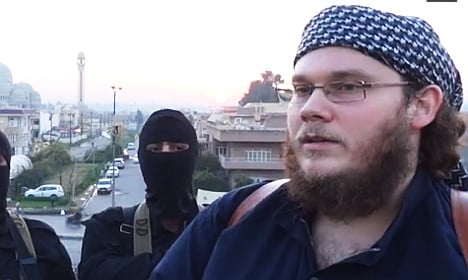 The German jihadist Christian Emde issued the warning in an interview posted to Facebook by Jürgen Todenhöfer, a journalist who has reported extensively from areas in Iraq and Syria controlled by Isis.

Emde, who was expelled from Britain in 2012 for possessing jihadist publications, said Isis would eventually seek to take over Europe.

“We will one day conquer Europe. We don’t just want to. We will. And we are sure about that.”

Speaking in Mosul with armed men in the background, the one-time German Protestant said Isis would continue to behead and enslave people it considered its enemies.

Christians and Jews would be allowed to live in an Islamic state, but only if they paid a form of protection tax. Otherwise, “they will all be killed”, he said.

By contrast, the world’s 150 million Shia Muslims would not be offered the chance to pay a tax. Isis would kill any Shia who refused to “repent” and convert to the Sunni faith, said Emde.

Asked if Germans should expect terrorist attacks on home soil, he said:

“They should brace themselves, definitely.”

Todenhöfer released the video just hours before Chancellor Angela Merkel addressed the German parliament and said Germany would use “all legal means” to fight “hate preachers” and other extreme Islamists.

"Hate preachers, violent delinquents who act in the name of Islam, those behind them, and the intellectual arsonists of international terrorism will be rigorously fought with all legal means at the disposal of the state," she said.