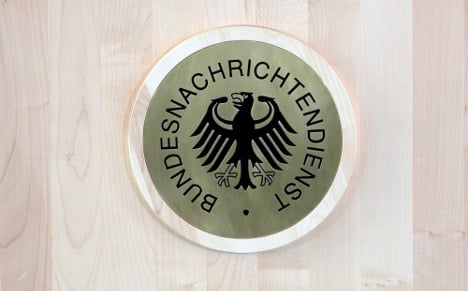 The logo of the Bundesnachrichtendienst (BND). Photo: DPA

EA sends BND agents to Germany's embassies abroad and to areas where troops are deployed, where they help identify enemy targets and give advance warning of attacks on soldiers and allies.

Investigators said that they did not yet know whether the 32-year-old double agent, identified as Markus R., had sold the classified top-secret information on to foreign spies.

They were searching through the man's hard drive after he was arrested for selling 218 documents to American intelligence for €25,000.

The list itself dates to the end of the year 2011, while Markus R. was arrested in early July 2014 for selling the documents to the CIA over a period of two years.