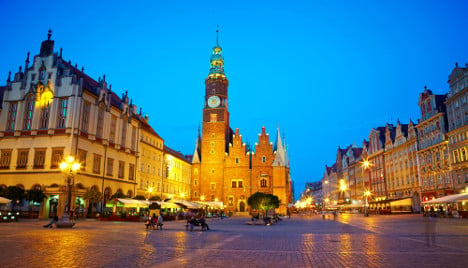 "It's a symbolic gesture," said University of Wroclaw spokesman Jacek Przygodzki, explaining that border changes have made official restitution impossible.

The individuals in question received their degrees from the University of Breslau, which no longer exists.

The university was located in the former German city of Breslau, which became Wroclaw in western Poland when the war ended in 1945.

Germany's University of Cologne took charge of Breslau's students and teachers after the war.

Now it has prepared a joint statement with the University of Wroclaw denouncing the Nazis' decision to void degrees held by individuals opposed to Hitler's regime in the 1930s.

"A university should be free of ideology," Przygodzki told AFP.

"We want to underline that notion by condemning totalitarian regimes' attempts to subject universities to ideology, be it Nazi, communist or whatever else."

The universities will symbolically return the degrees at a ceremony in Wroclaw on January 22.