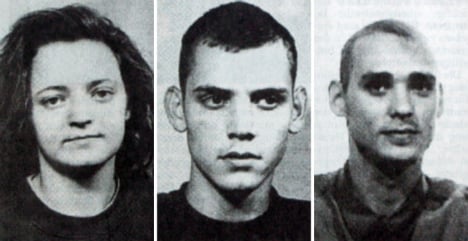 And while news is – by definition – largely the unexpected, we can feel confident that these stories will be making the headlines in the next 12 months.

The trial of the so-called National Socialist Underground (NSU) right-wing terrorist cell is due to conclude in Munich early in 2015.

In the dock is Beate Zschäpe, the only surviving alleged member of the trio, accused of ten murders.

The racist killing spree took place under the noses of police and intelligence services, leaving a body count of nine immigrants (eight Turks and one Greek) and a German policewoman over a period of seven years, from 2000-2007. Most had been shot at point blank range in the head.

Indeed,  the police were – allegedly – oblivious to any links between the crimes (dismissed as the Döner murders, as some victims worked in kebab fast food shops), or even the existence of the group until its explosive end.

That came on November 4, 2011, when police found Uwe Mundlos and Uwe Böhnhardt dead in a burning mobile home – seemingly having killed themselves in a double suicide pact after a bungled bank robbery.

That lead police back to a rented apartment in Zwickau, which the third alleged member of the group, Zschäpe, had also set on fire.

Her trial for the 10 murders began in Munich in January 2013, and has dragged on at a glacial pace since then.

The killings themselves, and the police bunglings, caused a bout of national soul-searching not seen since the RAF left-wing terror attacks of the 1970s, with Angela Merkel declaring “the cold-blooded murders of nine immigrant shopkeepers by neo-Nazis is an inconceivable crime for Germany and a national disgrace.”

Funnily enough, the two biggest drama in German politics this year are likely to come from outside its borders, with little Chancellor Angela Merkel can do to directly influence events.

The first is Greece’s snap elections due on January 25th, caused by the failure to elect a new president, and likely – on current predictions – to be won by the anti-austerity redical-left Syriza party. Their pledge to renegotiate the EU-IMF bailouts Athens has received in return for massive public sector cuts has already spooked markets, and brought the supposedly dormant euro-crisis back to the fore.

A win for Syriza could see a high-stakes game of poker over renegotiation terms between its telegenic leader, Alexis Tsipras, and Merkel.

The only thing known about the second possible EU-crisis for Merkel is the date – May 7, 2015. That is when the UK goes to the polls, in the most tightly-fought and unpredictable election in living memory.

The significance for Germany? If the Conservatives, under David Cameron, retain power – either with an outright majority, or in coalition, they are pledged to hold an in/out referendum on the UK’s membership of the EU by 2017 – triggering what many fear may be a one-way ticket to a ‘Brexit’, or British exit, such is the state of anti-Brussels feeling in Britain.

Some tough negotiations will follow as Cameron tries to renegotiate Britain’s membership first, but a Conservative win will have immediate ramifications for the 100,000 or so Britons living and working in Germany, who would be faced with the looming prospect of requiring work and residency visas in the wake of a Brexit.

On the domestic front, German politics could be quiet, with Merkel celebrating 10 years in power in November, with another two to run – and she still hasn’t officially ruled out running again a fourth time.

A state election in Hamburg in February could be interesting, as the harbour city was the first place in Germany to experiment with a Christian Democrat-Green coalition (the so-called Green/Black combination). That was a brief and unhappy union which ended in collapse in 2010, and a resounding Social Democrat (SPD) win, but with Merkel dropping hints about a Green-Black coalition again at national level in 2017, it could be one to watch.

With Bayern Munich still unbeaten going into the winter break, the Bundesliga seems all but sown up – short of a catastrophic run of form by the reigning domestic champions. Pep Guardiola’s men have won 14, drawn three, and go into the new year with 45 points, 11 clear of their nearest rivals.

So the bigger excitement may come from seeing whether the venerable Borussia Dortmund can avoid the drop. With only four wins from 17 games, Jürgen Klopp’s team are in the relegation zone, second from bottom with a paltry 15 points. It would seem inconceivable for Germany’s second richest club, with its biggest ground, to go down a league…but this is football.

So instead the sporting highlight of 2015 may be the June 6, 2015, when Berlin hosts the UEFA Champions League final in the Olympic Stadium – built by Adolf Hitler for the 1936 Games, renovated for the 2006 World Cup final, and now home to Hertha Berlin. Will the Pegida protests continue to snowball, or will they fizzle out as quickly as they took hold? That is the question on many politicians’ minds as we go into 2015.

The so-called Patriotic Europeans Against the Islamization of the West marches started small in Dresden – just 200 or so turned out for the first demonstration in October. That had risen to 17,500 before Christmas, making national and international headlines as the xenophobic, anti-Muslim – but so far peaceful – demonstrations pick up their weekly, Monday night, rhythm after a break for Christmas (supposedly to give police a break over the holidays.)

It seems possible the loosely-led group may have peaked in numbers, although offshoots and more violent groupings, such as Hooligans Against Salafism, have also proliferated across other German cities.

But a predicted increase in the number of asylum-seekers reaching Germany in 2015 means the issue itself is not going to go away anytime soon.

Have we missed any possible 2015 flashpoints or highlights? Leave your comments below and let us know.