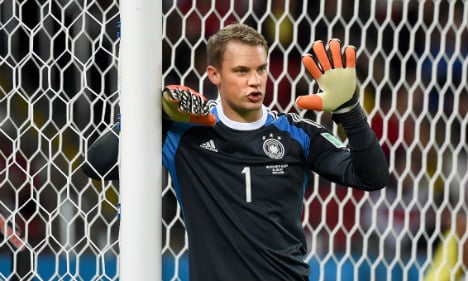 "The other two are international 'marques', they've clearly got an advantage."

If Neuer does receive the Ballon d'Or he will be the first of his countrymen to do so since Lothar Matthaus in 1990 and only the second goalkeeper after Lev Yashin, of the then Soviet Union, in 1963.

For Germany coach Joachim Löw, the 28-year-old would be a worthy recipient.

Neuer, Ronaldo, who has claimed the FIFA honour twice, and Messi, a four-time winner, are the three finalists for the 2014 Ballon d'Or with the winner announced on January 12th.