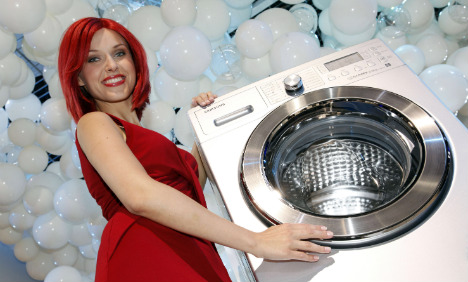 Samsung Electronics had filed a lawsuit accusing the LG executives of defamation, property damage and obstruction of business and said LG home appliance division president Jo Seong-Jin was among those who damaged machines displayed at September's event in Berlin.

"Our office is under scrutiny by investigators," an LG spokesman told AFP, declining to give details.

Samsung has also accused LG of making slanderous claims that its washing machines were defective.

LG rejected the accusations in a statement, saying the company is "concerned that its business activities and brand image will be severely damaged because of the competitor's unilateral and unreasonable opinion".

Samsung produces a range of electronic products and leads the global markets for mobile phones and flat-screen TVs.

Its smaller rival LG is one of the world's biggest manufacturers of home appliances including refrigerators and washing machines.

The two have for years locked horns in the home market over a series of bitter PR disputes regarding the supremacy of their products and technology patent lawsuits.