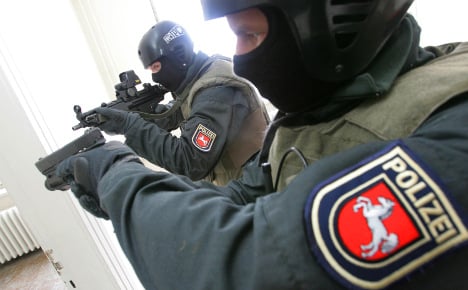 The report, seen by Bild, comes to the conclusion that “we must assume that attacks of varying size and intensity are possible at any time in the Federal Republic of Germany.”

One high-ranking security official told Bild that “the terror threat in Germany hasn't been so great since the time of the RAF [also known as the Baader-Meinhof gang] at the end of the 1970s”.

Experts found that “Germany continues to be in the focus of Islamist terrorist movements”, which represented the likeliest source of an attack against the country.

Such groups were motivated by German involvement in the world-wide struggle against Islamist terrorism, they said.

Given the nature of the threat, “a limiting of conceivable target objects and people can't be arrived at”.

The more than 150 fighters who have returned to the country following battle experience in Middle Eastern warzones including Iraq and Syria pose a particular threat.

But the report also noted the presence of “largely self-sufficient small groups” and “lone perpetrators who radicalize themselves and plan attacks independently – sometimes very quickly via the internet”.