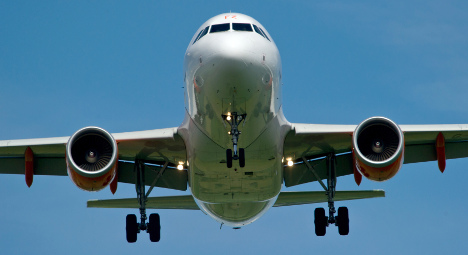 The Airbus 319 from Helsinki was around 30 minutes away from Munich on Saturday evening when the 54-year-old got up from his seat and headed for the exit.

A stewardess managed to intercept him and call other crew members for help, overpowering the panicked man before he was able to open the door.

An alarm was simultaneously sounded in the cockpit, alerting police at the airport who were standing ready to arrest the man on landing.

The man, an engineer, told officers that he had taken medication to control his fear of flying.

But a test also showed that he had consumed a large amount of alcohol and prosecutors ordered that he should submit to a blood test.

He was later released into the custody of his relatives.

Police are investigating him further for the crime of dangerous interference with air traffic.