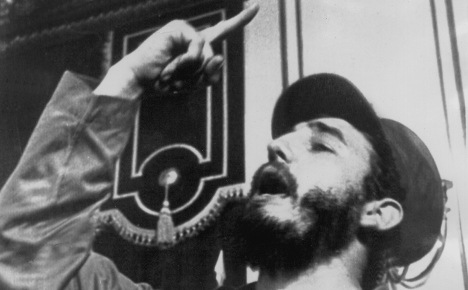 President Barack Obama announced Wednesday a surprise restoration of diplomatic links between Washington and Havana, after 18 months of behind-the-scenes talks – including those at the Vatican.

"I have great respect for President Obama's courage in ending a policy that endured for more than six decades, and which only produced status quo, (and) absence of dialogue," Steinmeier said in a statement.

"The announcement by Presdident Obama and Cuban President (Raul) Castro on the normalisation of relations between the two countries is very good news in these times rich with conflict," he added.

"I share the opinion of President Obama that the dignity and self-determination of Cubans must be the yardstick of our policy," Steinmeier said in a reminder to the Cuban government of expectations on efforts on its part.

"Cubans can (then) benefit from improved relations with the United States and Europe."

In coordinated statements issued in Washington and Havana on Wednesday, Castro and Obama announced that diplomatic relations between the two countries were to be restored after having been cut over half a century before.

The statements thanked Pope Francis for what was described as "his crucial role" in the process.

A formal end to the trade embargo first put in place more than five decades ago to hinder Fidel Castro's communist revolution still requires legislation in the US Congress.

Wednesday saw a prisoner swap of an American dissident and three Cuban spies as part of the deal.