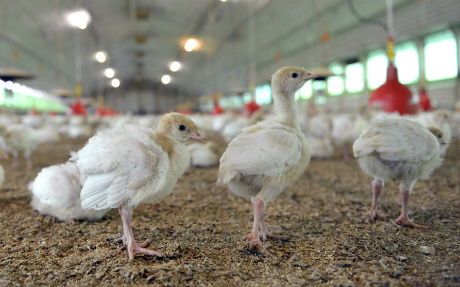 The precautionary move came after the discovery at a poultry farm in Lower Saxony.

State agriculture minister Christian Meyer said that 19,000 animals at the site and another 12,000 turkeys at a neighbouring farm would be destroyed.
He said the strain detected in the Cloppenburg district was the same as that found at another farm in November in Schleswig-Holstein state.
Meyer expressed concern that the virus could spread quickly. "Cloppenburg is a traditional heartland of the poultry industry," he said.
The district had already imposed a three-day ban on all poultry transports to thwart the potential spread of H5N8.
Some strains of avian influenza are fatal for birds, and pose a health threat to humans, who can fall sick after handling infected poultry.