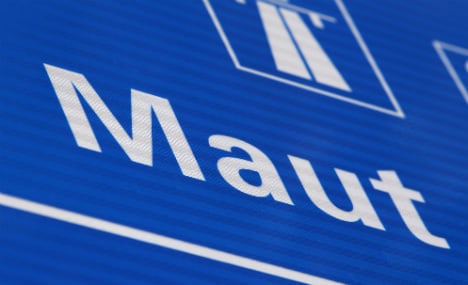 The EU commission said that the plan to give Germans a rebate on their car tax to compensate for the toll meant that only non-German motorists would pay it, creating an "indirect discrimination", Bild reported.

It also said that the proposed cost of short-term passes for foreign drivers – proposed at €20 for two months or €10 for 10 days – was too expensive.

"Drivers with small-engined cars especially pay an excessive amount for a short-term toll sticker compared to an annual one," the report said.

The toll as proposed doesn't take into consideration engine size, environmental rating or year of build when it comes to price, the letter further criticized.

Dobrindt rejected the commisiion's concerns in a letter seen by dpa on Monday in Berlin. He insisted that EU citizens won't bear a greater burden than German motorists when the toll comes into effect.

The toll was the brainchild of Dobrindt's, the leader of her Bavarian sister party the Christian Social Union (CSU) and a condition of the party's coalition agreement with Merkel's Christian Democratic Union (CDU).

As proposed, the toll would only come into effect on federal Autobahns and main roads.

The federal cabinet is expected to agree on the text of the law on Wednesday.