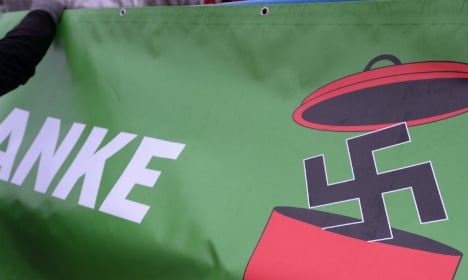 Investigators on the scene say signs point to arson as the cause of the fire.

The buildings – one an empty house with a shed and the other one a former restaurant – had recently been renovated by local governments to house refugees in the Nuremberg suburb of Vorra.

According to the police press release, the houses are now uninhabitable and the damage is estimated to be around €700,000.

On Thursday night, a neighbour noticed the fire break out in the restaurant. As firefighters were setting up, they got the call that the house with the shed was also on fire.

Crews were able to contain the fires to stop damage to neighbouring houses.

As investigators began their work, they noticed swastikas and other right-wing extremist writings on the wall.

Around 150 first responders form the area were on the scene.