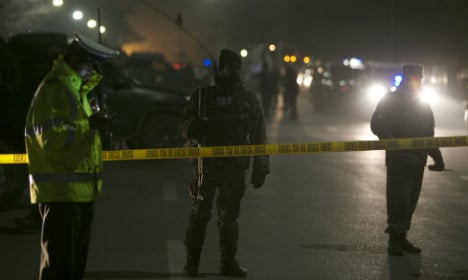 "I must unfortunately confirm that a German citizen was also killed in yesterday's suicide bombing of a French cultural institution in Kabul," foreign ministry spokesman Martin Schäfer told reporters.

"As far as I know, the man worked for a local aid organisation."

Two Taliban suicide attacks rocked the Afghan capital Thursday killing at least seven people just as NATO combat forces are due to pull out of Afghanistan.

The bombers targeted a bus carrying Afghan troops in the city's suburbs in the morning, killing six, and late in the afternoon a theatre performance at the Istiqlal High School, which is attached to Kabul's long-established French cultural centre.

The Afghan interior ministry had said one foreign national was killed in the latter attack, without giving further details.

FROM OUR PARTNERS IN FRANCE: French school hit by Kabul suicide attack