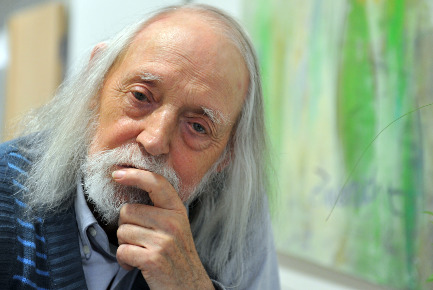 Klaus Sames will be frozen in a vault after his death until science catches up. Photo: DPA

When Klaus Sames dies, a funeral director in Ulm will race the 15 minutes to his home and pour 60 kilos of ice cubes over his body to slow decomposition processes that set in with death.

A mortician will then saw open his chest, pump out his blood and fill his veins with a special embalming fluid like anti-freeze.

"The goal is to flood  the body with cooling fluid to send it off to sleep," explains the 75-year-old gerontologist, who has dedicated his life to studying the effects of aging in humans and is now bracing for the final challenge: to preserve himself for a century or two until advanced science can treat whatever caused his death and reanimate him.

After his body is filled with coolant, it will be blast frozen to minus 78 degrees Celsius and transported to the United States for storage at minus 196 degrees in a commercial cryosuspension unit.

"Thawing the body without damaging it is just not that easy to do," Sames concedes. But that's also the whole point for him and almost 300 more people around the world who have already paid to have their bodies frozen. "Maybe it will be possible some time."

Researching on the quiet

Given the derision that is generally poured on believers in this field, Sames kept his own fascination close to his chest for most of his life.

"I never 'outed' myself as being interested in cryonics while I still worked in science," he says.

Now that he has, he also encounters the expected level of scepticism from the scientific establishment.

"It is so far not possible to freeze organs or parts of organs and to thaw them in the hope that they will still function," said Katrin Amunts, a neurologist who heads the German Council of Ethics. "Attempts are doomed to fail." Sames is undeterred. And since he's got the anticipated cost of up to €50,000 covered, who's to tell him he's wrong?

Since cryonics was first suggested in 1962, around 270 people had their bodies cryogenically preserved, mainly in the United States, where several companies offer a low-temperature preservation service.

From a legal standpoint, in most countries the process can only begin after a person has been pronounced legally dead, as otherwise it would be considered murder or assisted suicide.

Hence the need for funeral director Markus Gaichle to speed to Ulm with a trunk full of ice to get Sames ready for the big chill.

The 43-year-old has experience in the temporary preservation of bodies for transport overseas and has agreed to make it happen for him. But he still describes his client as a "likeable crank".

Meanwhile, Sames is in no hurry to join his fellow cryonic pioneers in the deep freezer.

Today, at 75, he says he feels "fit as a fiddle" with many more years of conventional, above-zero life ahead of him.