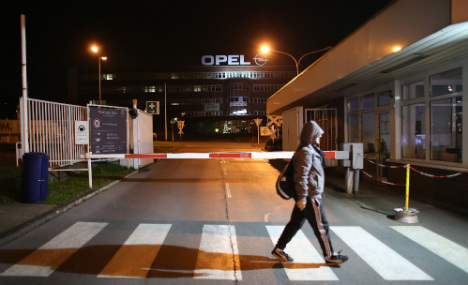 After 52 years of producing cars for Opel, employees of the factory have confirmed it's closing its doors.

"The heart of Opel has stopped beating," said one.

The last vehicle made in Bochum, an Opel Zafira compact van, will not be sold but will be dedicated to social work with details expected to be announced by the company on Friday.

Opel , a subsidiary of General Motors, is shutting down its former flagship factory due to overcapacity.

In its heyday, the Bochum plant employed 22,000 people. Now, it will only employ 700 to make auto parts for the car maker.

It's not just the 3,000 employees who face an uncertain future with the closure. The city of Bochum has been struggling since 2008. With 9.4 percent unemployment, the city's rate is double  the national average of of 4.7 percent.  With more than half of the laid off Opel workers living in Bochum itself, that number is expected to rise.

Mobile phone producer Nokia already shut down its manufacturing there in 2008, laying off 2,300 workers.

The state of North Rhine-Westphalia hopes to find other businesses to take over the Opel space. Development agency Bochum Persepective 2022 plans on investing €50 million over eight years into the space.

The cost of closing the factory is estimated between €550 million and €700 million.