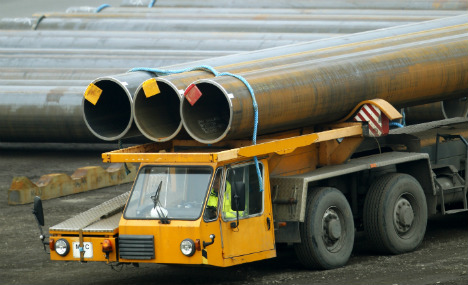 Previously, it had been projecting growth of 1.9 percent, 2.0 percent and 1.8 percent for the three years, respectively.

"The German economy lost considerable momentum in the second and third quarters of 2014 and moved onto a flatter growth path," the Bundesbank wrote.

"Following a brisk start to the year, which was partly fuelled by favourable weather conditions, real GDP (gross domestic product) did not grow any further in the second and third quarters … and thus failed to live up to the hopes" of the central bank's previous projections published in June.

Nevertheless, the German economy "remains in remarkably good shape, which is not only benefiting the domestic economy but also enabling German exporters to seize opportunities on foreign markets," said Bundesbank president Jens Weidmann.

"Such opportunities should increase again over the course of 2015 provided that the economic recovery in the euro area strengthens and world trade gathers momentum."