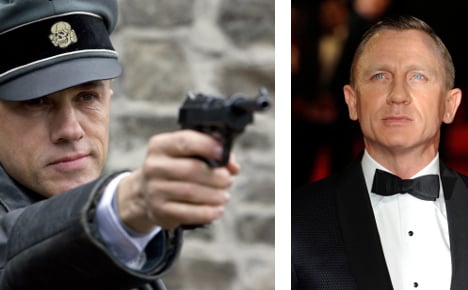 Waltz has form for playing antagonists, with a memorable performance as SS Colonel Hans Landa in the Quentin Tarantino-directed 'Inglorious Basterds' earning him both an Oscar and a Cannes Best Actor Award.

Director Sam Mendes confirmed the cast list for the latest installment in the Bond franchise at a press event at London's Pinewood Studios on Thursday, putting an end to weeks of speculation.

The movie will be the 24th featuring the British super-spy and once again stars Daniel Craig in the leading role.

Little is known of the plot of the movie, although the producers have said that filming will take place in London, Rome, Tangiers, Mexico City and Austria. 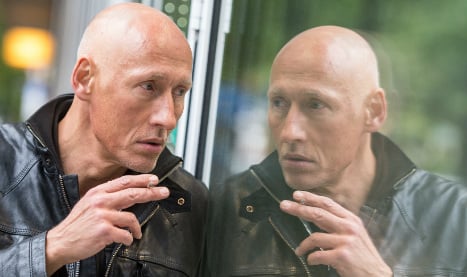 Detlef Bothe is only allowed to say that he'll play "a killer" opposite Daniel Craig's James Bond in Spectre. Photo: DPA

Detlef Bothe is known in the German film scene as a multi-talented renaissance man, with credits to his name as a director, writer and producer as well as an extensive filmography as an actor.

But for James Bond's latest adventure, producers hunted him out “because I'm good at embodying [the bad guy],” he believes.

“This type of hard-as-nails guy, that's always coming back up,” Bothe explains of his career.

“I can play him well. You just have to know how it works.”

For Bothe, there are three aspects to playing a great antagonist: movements, attitude and non-verbal communication.

“Everyone has aggression and viciousness in them,” he explains. “You just have to open yourself to it and translate it into something visible.

“As an actor, you work on these sides. Then in the best case, they're available to you in a nuanced way and I can bring them out whenever I need them.”

Bothe's precise role in Spectre remains a mystery, and he's bound by a strict secrecy agreement that holds until the movie's release.

“There was an eight-page form that I had to sign. A whole page deals with the consequences if you go ahead and say something.

“Everything is very secret, very top-notch PR work. The English are really good at that,” he said.

But he'll appear in some of the scenes shot in Austria, likely as an underling to main villain Christoph Waltz. The two join a storied history of German James Bond bad guys including Gert Fröbe, the face of Goldfinger opposite Sean Connery in 1964, and Curd Jürgens, Roger Moore's nemesis in The Spy Who Loved Me in 1977.

Secondary German villains have included Götz Otto, the German torturer henchman who faced off against Pierce Brosnan's Bond in Tomorrow Never Dies in 1997.

All Bothe would say about his role is that he'll be appearing as “an iceman, a killer.”

“You'll have to ask the English why that is,” Bothe reflects. “We Germans are the Nazis, the bad guys, the crazies.”

Spectre is released in Germany on November 5th.