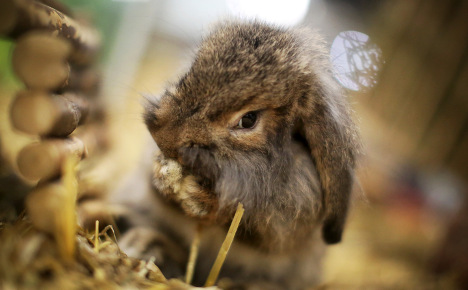 The cloth bag was left in the bank in the Baden-Württemberg town, but passed unnoticed until clerks became alarmed when it began to move.

Rather than risk a mauling from whatever might be inside they decided to call the authorities.

Police cautiously opened the bag to find that the mysterious creature was in fact a rabbit.

As they were unable to find either the animal's owner or place for it in a shelter, it has temporarily been taken on by a vet's office.

The rightful owner of the abandoned rabbit is welcome to come forward, but police said they would check claims carefully to discourage people looking for a free Christmas roast dinner.

SEE ALSO: Crafty kangaroo on the loose in Brandenburg