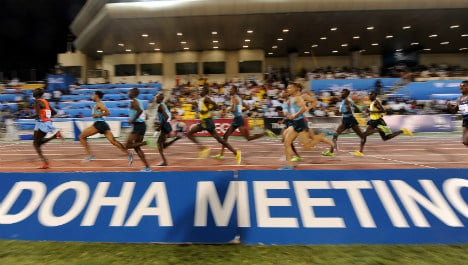 Qatar was chosen to host the world championships by the International Association of Athletics Federations (IAAF) on November 18, beating bids from Eugene, USA, and Barcelona.

The decision has been strongly criticised by human rights groups Amnesty International and Human Rights Watch because of the treatment of migrant workers in the Middle Eastern state.

"The general opinion has been critical of the decision for good reason," Helmut Digel, the DLV's honorary president and a member of the IAAF's board, told Munich-based newspaper the Süddeutsche Zeitung.

"It's incomprehensible, after all the problems surrounding the awarding of the 2022 World Cup and the 2015 Handball World Cup (which will also be held in Qatar), that the world of athletics has chosen Qatar.

"The Qataris acted according to the rules, the only question is whether we are thus securing a future where cities are played off against each other."

"In such a game, there are the privileged states that control the economic centres.

"As a result, fewer and fewer cities from western democracies will be candidates, where the applications are associated with democratic decisions."

Shortly before the vote, Qatar had promised the IAAF a sponsorship package worth €30 million.

"This sponsorship offer was clever, legitimate and not unusual in the world of sport," said Digel, who has been on the IAAF board since 2007.

"The letter was copied fifteen minutes before the vote and given to each council member.

"This is a legal process. From an economic perspective, it would considerably improve the IAAF's position."

Digel added that he feels it is imperative western cities have a legitimate chance of hosting future major events to maintain a strong sports culture.