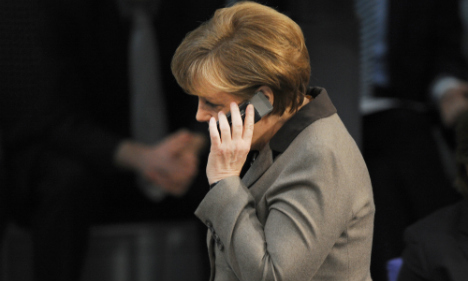 Concern over German security interests had been allayed with the agreement of a special clause with BlackBerry, an interior ministry spokesman told reporters.

The planned purchase of Secusmart, a German voice and data encryption and anti-eavesdropping firm, was announced in July.

The issue of secure communications is especially sensitive in Germany after revelations last year that the US National Security Agency tapped Merkel's mobile phone.

The German government declined to reveal details of the accord negotiated with BlackBerry.

Media reports said Berlin had stipulated that German security officials have access to source codes in the BlackBerry operating system.