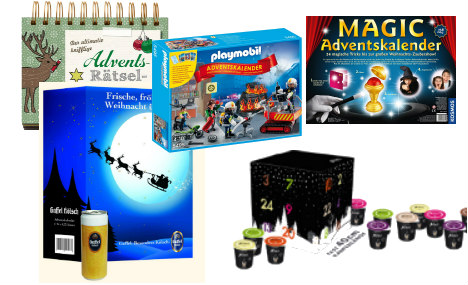 The advent calendar has its origins in German traditions: Most historians trace it back to German Protestants making chalk marks on their door leading up to Christmas. In 1904, the Neues Tagblatt Stuttgart, which went defunct in 1945, put a little paper one with doors that revealed new pictures in its newspaper as a gift to readers, though earlier versions are known.

From those simple beginnings, advents calendars have evolved into more conventionally containing chocolate. While sweets manufacturers give you plenty of options for your daily countdown, other industries have since got into the business as well.

We gathered up our favourite alternative advents calenders, just in case you still need one for the upcoming season.