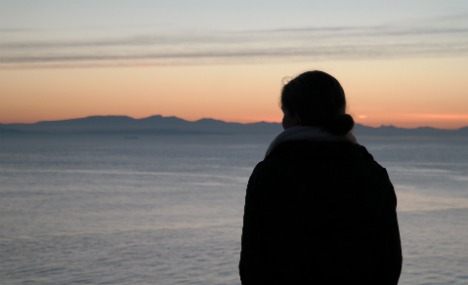 Since moving to Canada, I say this a lot. In my continued repetition of this phrase, I started to internalize it.

I was born 22 years ago in Northern Germany and have lived there for most of my life. However, I have never felt more German than during my time in British Columbia. And through my time abroad with other Germans, I've noticed some stereotypes are all too true.

We are astonished that our country’s image is better than we thought.

Due to our history, we Germans used to not allow ourselves to be proud of our country or nationality, except at special sports occasions. One of the rare moments in which we dropped our self-limitation and were tempted to abandon ourselves to excessive national pride was 2014’s World Cup win. Facing a positive image of Germany abroad is surprising and flattering to us all at once, since this experience clearly points out how poor our form of national identification is and encourages us to rethink it.

I recently started telling myself that I like being German – but only secretly.

And then there's the food.

The majority of Germans would not express their love for German food. But as soon as we leave Germany's borders for an extended period, we start longing for sausages, German beer and bread. While we try our best to adjust to foreign food, we comb the supermarkets for German cuisine and then decide that we will definitely leave room in our suitcases for a supply of gummi bears, bread and red cabbage for the next stay abroad. We adore German food but only when faced with the fact that no other country has such a variety of bread.

I've learned it's okay to love German food. It's good.

No other feature is as significant for Germans in an English environment as the very characteristic accent. Our hardest goal when speaking English is trying to imitate the English or American accent.  The greatest compliment we can receive is having a native English speakers ask us where we're from. However, we all get exposed when forced to pronounce a ‘th’ sound – it is an almost insurmountable difficulty for our tongue.

You realize that the German stereotype of punctuality, correctness and determination is true.

This behaviour can lead to amusing outsiders as they observe us Germans doggedly and scrupulously performing tasks given to us. And we don’t stop trying to perfect it – even though we know it's ridiculous. This focused way may be handy in the working and professional environment, but can prevent us from being more relaxed.

We may be quick to adjust foreign living habits, it will never be easy for us to let something we care about pass – its what our parents taught us.

And last but not least, the German pessimism is alive and well.

I imagine that some Germans will challenge this statement, however, everyone who experienced coming back to Germany after living in another country for some time will agree with me.

This habit becomes apparent if you talk with people back home and listen to the ongoing complains about politicians, economy and the “always bad” weather. Most Germans aren't even aware this negative attitude is unfounded:  They live in a country full of social security, free education and a high standard of living. I am already preparing myself for the culture shock I will have to face when I go back to Germany. Living in Canada has spoiled me with a world full of smiles, laughter and gratitude. But I do not want to start complaining now.

I can say: I really like Canada. But every now and then it forces me to admit that I love Germany. It is not a loud, extroverted and unconditional love like in other countries, but it is the strongest form of national identification I have ever felt. Canadians are always surprised that we struggle with our nationality since we have so many things to be proud of and the German tendency for self-criticism can almost amount to self-flagellation.

It is certain that we will never reach national pride à la France or Italy due to our history and the German rational thinking. However, a healthy affection for our country never hurts anybody. We should feel encouraged by the international admiration towards Germany to state openly where we are from:

Julia Reichel is doing her studies abroad in Victoria, Canada.