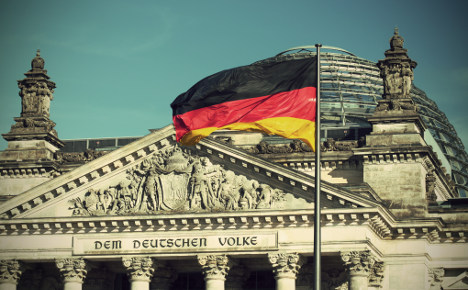 Photo: Flag of the Federal Republic of Germany flying outside the Reichstag building, Shutterstock.

A year after Chancellor Angela Merkel's election to a third term in government, the Germany of 2014 looks very different to when she first stepped into the Chancellery in 2005.

What are the big trends in German society? What can we expect from the coming years? Read on to find out… While it can be distressingly common to see homeless people on the streets of Berlin and other large German cities, it's hard to find out exactly how many there are from official statistics.

In 2012, the government was paying social benefits aimed at fighting homelessness to 38,000 people at a total cost of €240 million – but there may well have been many more people living on the streets.

Homelessness working group BAG W estimated in 2012 that there were 284,000 people in various categories of homelessness in Germany, a figure that has been rising quickly since hitting a low of 223,000 in 2008. We learned this month that unemployment has continued to fall despite worries that Germany's economy may once again be slowing down. In fact, unemployment has been on a downward trend since 2006, with a blip for the financial crisis.

The latest figures show that unemployment was at 2.72 million in October, down almost 90,000 since the same time last year.

The even better news is that there are fewer and fewer people in Germany working the so-called “mini-jobs” – very low-paid part-time work – which became a fixture of the labour landscape following the crisis of 2007. Germans are, on average, well-paid – even if they pay high taxes for public services and social welfare systems. The average monthly wage for people working full-time was €3,449 in 2013, but men earned €638 per month more than women for the same hours.

The best-paid sectors were in fossil fuels – oil, gas and coal – although people working in the air travel industry were also big winners. Coal in particular shows no sign of becoming less profitable as Germany turns to it following plans to eliminate the country's nuclear generation capacity in the “Energy transition”.

Meanwhile, the lowest-paid will come as no surprise to people anywhere: they were people in the hospitality industry (hotels and restaurants) and temporary work. Germany is more equal than many comparable countries in the Organization for Economic Co-operation and Development, with a Gini coefficient (a measure of income inequality) of 0.29, compared with an OECD average of 0.32 (maximum inequality would give a Gini coefficient of 1).

But like all industrial nations in the OECD club, inequality is on the rise in Germany as demand for unskilled labour shrinks. Experts say that on current trends, Germany will be as unequal as the USA, where the average income of the highest-earning 10 percent is 16.5 times as much as that of the lowest-paid. In Germany, that number is currently just 6.9.

Germany is “a country of immigration” who non-native population contributes a net €22 billion a year to the social security system.

In absolute numbers, more than 16.5 million people in Germany have a “migration background” – someone in their family having travelled to Germany from abroad. That's 20 percent of the population.

Among those people, 9,086,000 were German citizens, 4,086,000 of whom were born in Germany. They're joined by almost 7 million foreign citizens, almost 5.5 million of whom migrated to Germany in their lifetimes. Like neighbouring European countries, Germany has something of an obsession with crime, from the reports published every day in the media to the wild popularity of detective series Tatort (Crime Scene) on Sunday nights.

Women in the work force Germany is pushing hard to integrate women into the workforce, with new regulations coming in to allow parents to split parental leave more fairly between them and the government introducing a quota for female executives on the boards of big companies.

In everyday life, 54 percent of women participate in the labour force, a rate which has held steady since 2005.

And in politics, women hold 230 of the 631 seats in the Bundestag. At 36 percent, that's a higher proportion than the numbers the government is asking companies to introduce in their leadership (30 percent). It may be a good thing that Germany is so attractive to migrants, because at the rate people are reproducing the population is aging famously fast.

In 2012, the German birth rate was calculated at just 1.38 per woman – well below the numbers needed to maintain the population.

Compared with other European countries like France or Ireland, both of which top the 2 births per woman mark, Germany may be looking positively geriatric in just a few years. Compared with most of Europe, Germany performs reassuringly well when it comes to cancer. There were 100.82 deaths from the disease per 100,000 people in 2012, putting Germany ahead of France, the UK and the Netherlands. In 2012, 387,423 couples got married in Germany. That works out to 4.8 marriages per 100,000 inhabitants, a fairly middling rate for an EU member country. Although young Germans may not be as economically precarious as those in other European countries, that doesn't translate into an increased desire to get hitched.

As elsewhere, the trend has been towards fewer and fewer marriages over recent decades – the figure stood at 9.5 in 1960.

Gay couples are still waiting for same-sex marriage laws to be introduced. In 2012, just 0.1 percent of families with children and 0.6 percent of households without children were gay couples who had taken advantage of civil partnership laws. 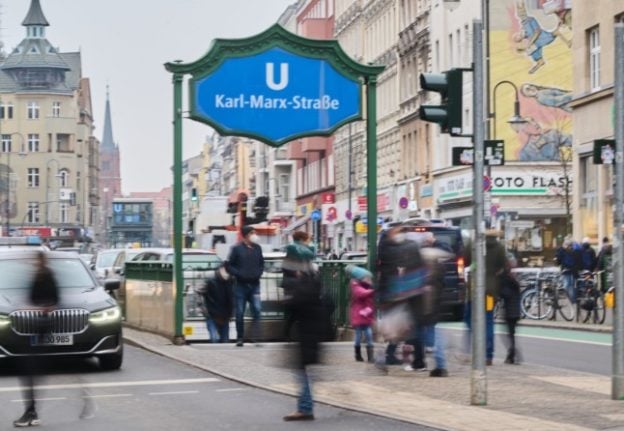