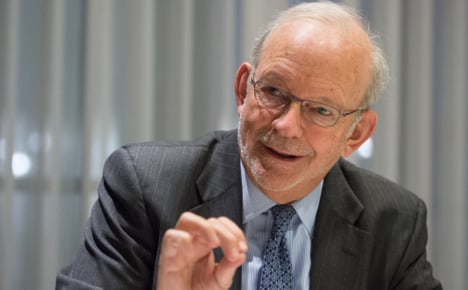 "It's not just about money," Lake, the leader of the UN children's aid agency, told journalists in Berlin, noting that the large number of German volunteers travelling to countries hit by Ebola was a big help.

"The biggest difficulty is often recruiting people with the right training."

But Lake, speaking yesterday at the One World Forum, warned that wealthy countries need to do more to help refugees, and that more donations were needed from both governments and private individuals.

The dragging-out of the conflict in Syria over years has led to "exhaustion" among potential donors, he noted.

Sister UN organization the World Food Programme (WFP) has had to cut the rations it provides to refugees because of a lack of resources, Lake said.

And he added that people were "transferring their anger against those who are causing the conflict onto the victims – and that's wrong." With 70 percent of Syrian refugee children not having access to a school in 2013, Lake wants to invest more in education and counseling for often traumatized young people.

Lake will spend Tuesday meeting a number of German MPs in Berlin.

Unicef is currently campaigning for donations to buy warm winter clothes for 400,000 Syrian children, while the UN estimates that 11 million people are dependent on aid within Syria and three million have fled across its borders into neighbouring countries.